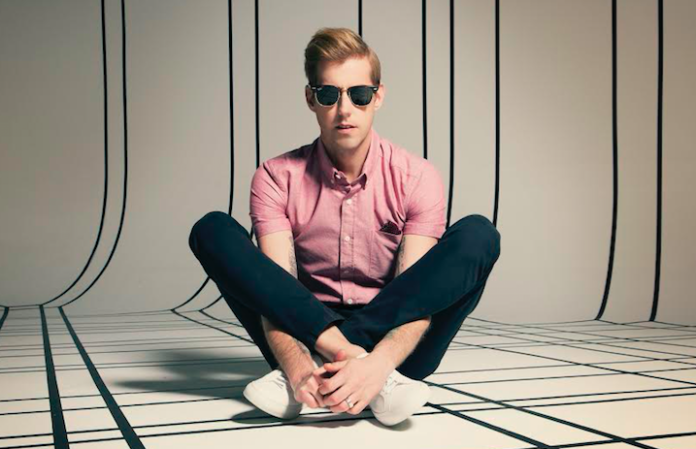 Andrew McMahon of Something Corporate and Jack's Mannequin has dropped a new solo song.

Listen to “Fire Escape” and read a statement from McMahon about his inspiration for the track below. Let us know what you think in the comments!

McMahon also operates the Dear Jack Foundation, which has been nominated for multiple Most Philanthropic awards at the APMAs. The non-profit advocates for adolescents and young adults with cancer and recently launched its 100K Challenge, an awesome campaign you can read all about here.

“'Fire Escape' was born of a weeks worth of late nights in New York City. I'd been traveling in support of the first Wilderness album for nearly 2 years when I found myself with a rare weekend off in a town that's been known to get the best of me. The acrobat, the banker, the oxblood friend; these larger than life characters are the real life squad that lead me through the boroughs, bodegas, bars and subway stations found in the lyrics of this song. When it was all said and done the nearly illegible pocketsize-notebook prose charting our adventures was curated in a high rise studio off 49th street. The friends I made there, while writing “Fire Escape” have gone on to be the collaborators in charge of bringing the full length album to life. We bonded over the thought of old friends losing their shit in a city that doesn't sleep, but also about the beauty of having a home to crawl back to when the sun comes out. A number one if you will. I think it's the realization that sometimes the party does end and in that moment where you're standing and who you're standing next to says a lot about what comes next. “Fire Escape” is a song full of mantra's from a time filled with joy and achievement, chaos, insecurity and good friends. “Never go home”, “We belong awake”… Maybe these are words to live by, maybe I adopted them as a credo to justify my true nature as an escapist. Whatever it is, it's yours now. It's my pleasure to welcome you to the party, try not to break anything.

North America, download & stream the song https://fanlink.to/AMITWFireEscape – heads up, it will be available internationally tomorrow!

p.s. thank you to AM Chalk for chalking up the 'Fire Escape' lyrics, one line at a time.”