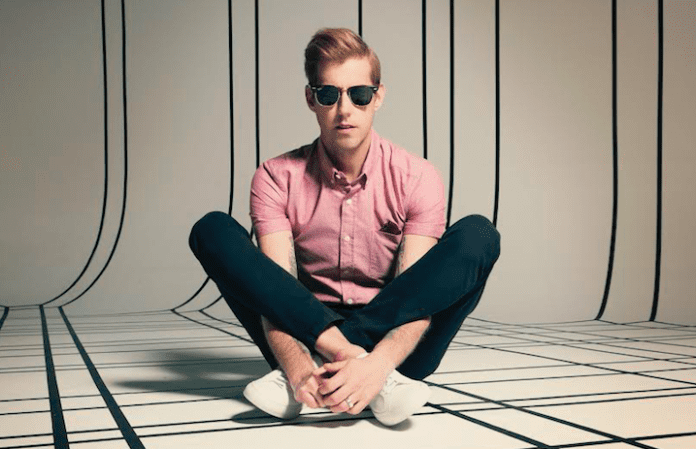 You could win a private living room concert from Andrew McMahon In The Wilderness and fundraise for an incredibly good cause in the process.

As part of his 100K Challenge to help adolescents and young adults (AYA) with cancer, McMahon and his non-profit the Dear Jack Foundation (DJF) are offering top fundraising prizes that include a private concert from McMahon in your living room, two VIP tickets to an Andrew McMahon In The Wilderness show with meet and greet access, a personal video from McMahon, handwritten lyrics from McMahon and more.

About the private, Andrew McMahon In Your Living Room show, McMahon tells AP, “We thought what better way to incentivize people to fundraise on our behalf and to include their friends: If they were to raise a significant amount of money, they’d be entered to win this private living room show.”

“I’ve never really done one, so this will give me a good chance to take on a new challenge and incentivize people who are working hard on our behalf,” he continues.

McMahon is celebrating 11 years cancer-free and 10 years of his non-profit organization DJF, which aims to help AYA, ages 15 though 39, with cancer. Through DJF, the musician is launching a new campaign to raise $100K for that community.

Starting now and running through Nov. 11, the “100K Challenge: Dear Jack Foundation’s 10-Year Anniversary” follows the previous 72K Challenge, which ended up raising over $80K—no wonder why McMahon and the non-profit is nominated for the Artist Philanthropic Award at this year's (and last year's) APMAs.

“The idea for the original 72K Challenge was that we wanted to raise a dollar for each of the 72,000 newly diagnosed cases of adolescent and young adult cancer that happens each year. We ended up raising passed that and raising $84,000, which helped us fund programs and a handful of other initiatives that we support with other charities last year,” McMahon says about last year's campaign. “We approached our 10 year anniversary, and we thought, ‘well, let’s amp this up, try and go for a hundred thousand to see if we can make an even bigger difference than we did last year.’ And that’s where it all kind of began.”

McMahon also spoke about some changes that occurred at DJF, which allowed the non-profit to raise more and advocate more than they ever had before. “Last year, we'd gone through big changes, brought in some new people to the foundation, who have done some really amazing work for us,” McMahon says.

One of those changes included a brand new website, which streamlined fundraising (donate on the site here). “We figured it would open the doors to raise more money because it would enable people to not just donate personally, but also sort of donate with their peer groups and online and sort of campaign through their own challenge.”

Donations operate through peer-to-peer fundraising and individual donors, and, along with those awesome top fundraising prizes, there will also be interim prizes awarded throughout the four month campaign.

“Our goal is to incentivize people who are fans of the band and of mine,” McMahon says about this year's prizes. “I’d say that probably about 60 to 70 percent of what we raised last year probably came directly through people who are fans or who came to my music, from either listening over the years or them having a personal experience with cancer.”

McMahon, of Something Corporate and Jack's Mannequin, has reinvented himself as Andrew McMahon In The Wilderness. While he's also busy being a full-time musician, McMahon operates DJF to advocate for AYA with cancer after being diagnosed with Acute Lymphocytic Leukemia in his early 20s. DJF aids AYA with similar stories as McMahon by helping those currently with cancer or in recovery, while also donating to stem cell research and other cancer charities.

This particular campaign, the 100K Challenge, will share stories of AYA who are battling or have battled cancer, highlighting the physical and mental issues facing those patients and survivors every day.

“Focus on the dearjackfoundation.org site, you’ll see that there are actually several stories up and available online right now of different individuals who we work closely with,” McMahon says about those stories, which chronicle a AYA's journey through cancer to survivorship. Funds will aid the Life List and Breathe Now programs, examples of which are currently on the site.

“Through research, I noticed that people in my age bracket when I was diagnosed—a demographic of 15 to 39-year-olds—had seen less of an improvement in their survival rate than any other cancer patients, so we focus our attentions on them,” McMahon told AP last year. “Every year, we award scholarships for young high school students who have survived cancer and are going on to college. Getting on the phone with them, those conversations are always really powerful, because you actually get to see that the money you’ve raised over the years is not only going to improve the life of a young adult who had cancer, but help fund their education.”

“There is nothing to prepare you for the moment the words, ‘you have cancer’ are delivered. I was 22 when I first heard those words. I am 33 now and would be lying to say it didn't take the the last decade to wrap my head around the disease and its effects. As a young adult battling a leukemia diagnosis, I was shocked to find myself in the middle of a medical debate over whether to be treated with protocols built for children or protocols designed for adults well beyond my years,” says McMahon in a separate release. “At the Dear Jack Foundation we are committed to addressing these issues through our impact now programs that help provide resources to help AYAs navigate the isolating waters of cancer—from diagnosis into survivorship.”

Andrew McMahon In The Wilderness' self-titled debut album released in late 2014 via Vanguard Records. It's lead single, “Cecilia And The Satellite,” was just certified Gold by the RIAA.