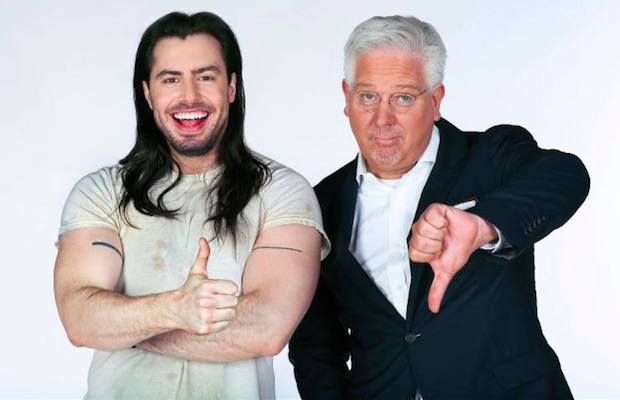 Glenn Beck has given rocker/posi-partier Andrew W.K. his own radio show, America W.K., which will debut this coming Saturday, May 2. The program is featured on Beck's news, opinion and entertainment network, TheBlaze.

“When Glenn asked me to do my own radio show on TheBlaze, I was shocked but excited, as I knew he would allow me the unrestrained freedom to say exactly what I wanted,” claims the singer. “I’m very dedicated to exploring and learning from different people in different places, and always with an open heart.  If people never went outside their own box, life would be boring.  After all, why would I only want to talk with people who already think exactly like me?”

You will be able to listen to the show over at TheBlaze's official website.

“My relationship with Andrew W.K. is a perfect example of how two people can come together on what unites us, and become strange bedfellows,” says Beck. “He is open minded, honest, loves his fellow man even though he may disagree with him, and is a natural entertainer. Our mutual audiences have already begun to find commonalities. I think he is the perfect fit for TheBlaze Radio Network.”