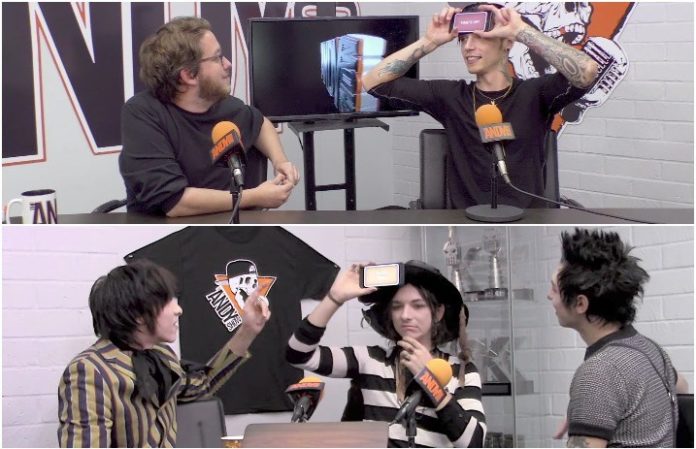 [Photo by: The Andy Show TV/YouTube]

Palaye Royale stopped by Andy Biersack’s The Andy Show to play a game of “Heads Up!,” and it’s clear that both Biersack and the band have some serious game playing skills. (Even though there is only one winner!)

They team up against each other for a real celebrity showdown on Heads Up!, and it’s clear they know their celebs… Well, most of the time.

Of course, Palaye Royale said they’d dominate if there was a philosophers category, and we know we definitely wouldn’t want to be put up against them when it comes to a category like that!

Plus, you can catch the full episode here.

After giving this a watch, we’d like a Heads Up! round two. (Think you can make that happen, Andy?)

Do you think you’d stand a chance against Andy’s gaming skills? Let us know in the comments below!