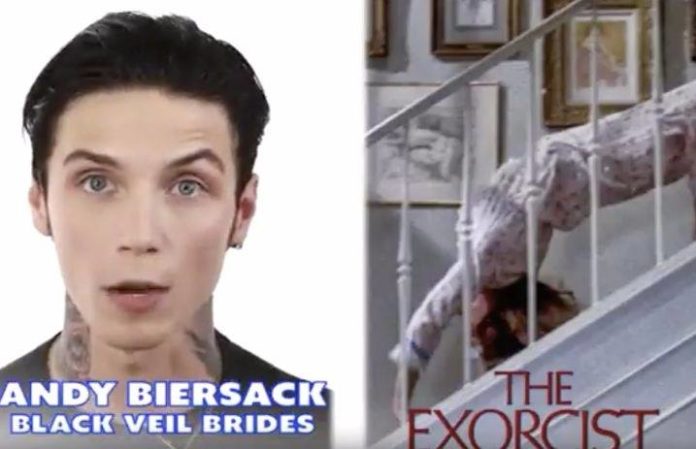 American Satan is set to make its debut Friday, Oct. 13, and in preparation for the movie’s release, Andy Biersack caught up with Ranker to talk more about his favorite horror movies—and give a few more details about his character in the movie.

He ranks his top five horror films, ranging from As Above So Below’s creepy catacomb story to The Exorcist, and we’re ready to have a horror movie marathon with all of his faves.

He also talks more about his role in American Satan and how the character somewhat relates to his real-life story as both are from the state of Ohio. But he doesn’t use dark means to get famous, of course. (And thank goodness.)

Watch the interview below, and get ready to watch your fave horror movies ASAP:

And if you're curious about the ranking…

American Satan just released the official trailer for the film, featuring a few of our favorites—Andy Black, Ben Bruce, Drake Bell and more—and it’s left us counting down the days until its release.

The movie released its official music video for “Let Him Burn” by the Relentless—haven’t heard of the band? That’s because it’s the band from the movie, featuring vocals from Palaye Royale's Remington Leith.

What are your thoughts on Biersack’s horror movie ranking? Let us know in the comments below!