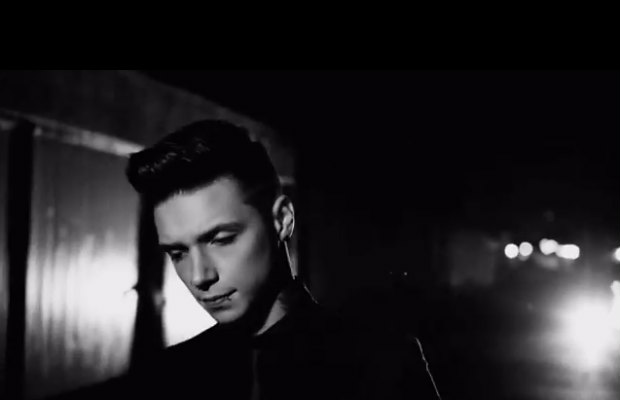 Black Veil Brides frontman Andy Biersack (who will be appearing at the APMAs) has released the debut song under his new moniker/project name, Andy Black. The track, “They Don’t Need To Understand,” premiered today on Hot Topic with an accompanying music video, which you can watch below. Check it out, and let us know what you think.

“I would like to take this opportunity to share with you guys something that I have been working on and that I am very excited about releasing! I have always been interested in a broad spectrum of music and though the music that BVB makes is certainly my favorite stylistically, I am also heavily influenced by the dark melodic synth laden styles of bands from the 80's such as Sisters of Mercy, Depeche Mode, Lords of the New Church etc. Over the last year or so I decided in my down town that it might be fun to take a stab at writing some material that is more in the “dark wave” vein simply for fun and as a hobby. I have now written almost a complete albums worth of material…some on my own and some in collaboration with friends and other artists but all of which I am very proud of and excited about. This project is not a band, BVB is my life and biggest passion and there is no reason to fear that I will lose sight of that. #bvb4 is coming along better than anything we've ever done and it is my number 1 priority.”