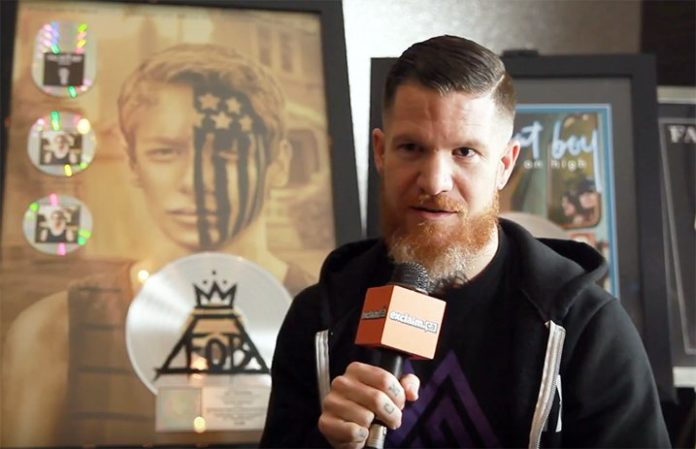 It's true: Fall Out Boy's sound has evolved over the years. But one thing's for certain: The band are fans of hardcore music. And drummer Andy Hurley confirmed this fact in a new interview with Exclaim!.

Talking more about some of the band's older hits—”Thriller” and “Grand Theft Autumn / Where Is Your Boy”—he says that they do have a particular influence: Racetraitor and Harvest, to be exact.

“Patrick [Stump] wrote that song to a Racetraitor breakdown because he just ripped it off, which is fair, because that's a band I was—well, am—in,” Hurley explains on Fall Out Boy's track “Thriller.”

“Especially back then, Patrick would try to adapt hardcore breakdowns or hardcore rhythmic sensibilities into a pop sensibility, to see where you could take that, which I think was really interesting.”

He then explains that there are other hardcore elements played out in “Grand Theft Autumn / Where Is Your Boy,” which was “kind of translated from a Harvest part.”

And while Hurley can confirm that the band are a bit poppier now, he says he'll still throw in a double bass whenever he can.

Watch the interview below:

Not to mention, Hurley himself is clearly phenomenal at what he does—and must like to keep busy—drumming for the Damned Things, SECT and more. Talking to Exclaim!, he reveals more about his first band (Global Scam—a mix of “death metal and punk, so it was kind of weird”) and his first heavy bands, Racetraitor and Killtheslavemaster. Those bands led to him meeting Pete, and well, that led to Fall Out Boy.

He also talks about his favorite bands growing up (Slayer, Morbid Angel, New Kids On The Block, Paula Abdul and his favorite band of all time: Metallica) and his inspiration being Dave Lombardo.

Watch the rest of the interview clips below:

Not to mention, there's plenty to look forward to in the Fall Out Boy camp. The band just wrapped up their M A  N   I    A tour, with the record due out Jan. 19.

And we’re stoked to give it a listen. Check out the track listing here, and see their forthcoming tour dates below!