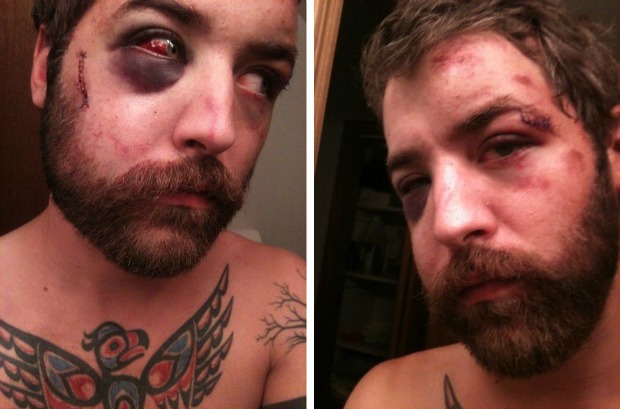 Andy “The Butcher” Mrotek has taken to his Twitter to detail an alleged assault that happened while he was walking in the Humboldt Park area of Milwaukee, WI.

According to his tweets, Mrotek got “jumped,” which included a vase's getting smashed in his face and kicked in his eyes.

The injuries the former TAI drummer cites are: a broken jaw (in 5 places), fractured orbitals and lacerations that required 25 stitches.

He says he will undergo plastic surgery in a week, presumably to fix the facial damage sustained from the injuries (pictured above).

In response to follower outreach to him, Mrotek said, “[Y]ou can help me by promising that you'll never walk around late at night by yourself.”