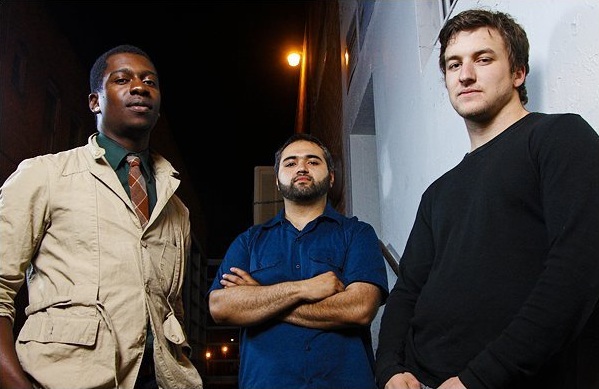 Animals As Leaders have announced their North American headlining tour from February through March 2014. Direct support comes from their Sumerian Records labelmates in After The Burial, along with Navene Koperweis and Chon. Their third album (and first for Sumerian) is tentatively due out in March, with a single dropping in January.

“We are definitely very excited about our upcoming headliner as it's been over two years since we did our last headlining North American tour. I think we have chosen a line-up that consist of extremely talented acts. Our labelmates, After the Burial, are a band we have yet to ever share the same stage with, so we are definitely looking forward to that. Ex-AAL drummer Navene Koperweis is coming out and performing solo and Chon are a very cool band we think people will enjoy.

However, we are mostly excited about finally playing new material. I think some of the new tracks are some of AAL's strongest and musical material yet, so I am looking forward to seeing the crowd reactions. I am really happy how the album is coming out. Everyone who took part with this album (Misha Mansoor, Adam Getgood, Diego Farias, and Navene Koperweis) is extremely talented and I think we've done a great job of capturing it onto what is now the third AAL album.” said guitarist Javier Reyes.

The first batch of dates are as follows, with more to come.