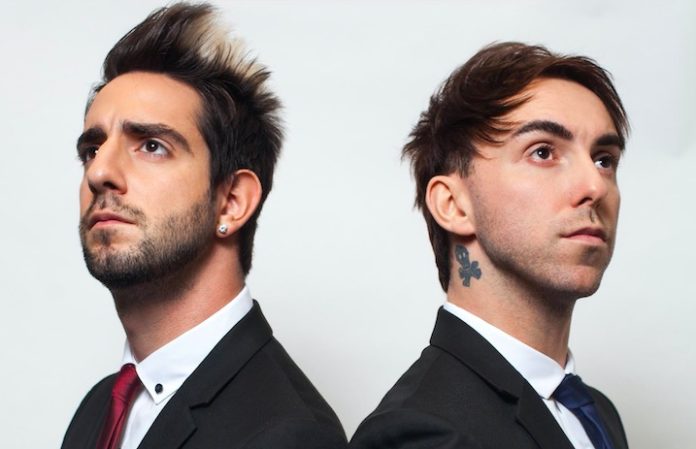 With the Republican National Convention taking over Cleveland this summer, the Alternative Press Music Awards was forced to find a new home for this year’s show. Alternative Press will stage our own Punk Rock Convention, and what better place than the state capitol of Columbus, Ohio?

This year’s event will broadcast live from the Schottenstein Center the evening of July 18.

The 2016 APMA’s will go head to head—live on TV and via social media—against the Republican National Convention. Although many of Alternative Press’ young readers may not be able to vote in the upcoming U.S. election, those same readers can let their voices be heard by voting for their favorite artists for the APMAs.

After last year’s non-stop volley of infectious jokes, witty anecdotes and charming introductions, All Time Low’s Alex Gaskarth and Jack Barakat were welcomed back to host this year’s event. The duo will face off election style throughout the show.

“We are so happy to be returning to the APMAs this year to host,” say Gaskarth and Barakat. “Last year we didn’t make a lot of new friends (sad face emoji), so this year, we’re coming back as something no one can hate, politicians! We look forward to being part of this Punk Rock Convention. Get ready to vote—Stay tuned.”

Last year, the Journey’s Alternative Press Music Awards, Fueled by Monster Energy shut down rock ‘n’ roll city, taking over Cleveland’s Quicken Loans Arena with ground-breaking performances and an exciting, star-studded red carpet, all with the support of devoted alternative music fans from across the globe.

“Fans are going to be blown away by all of the surprises we already have planned for this year's APMAs,” says Alternative Press Founder and CEO Mike Shea. “We've been working on the 2016 show since right after last year's ended, and I already cannot wait to start announcing the initial line-up in the upcoming weeks.”

Don’t miss the 2016 APMAs and your chance to cast your vote for your favorite bands! Check our site over the coming weeks for new announcements and information.

Last year’s event earned the title of “The GRAMMYs of Alternative Music” by TIME Magazine.

The APMAs will once again be supported by returning title sponsor Journeys, a leader in the teen specialty retail scene focused on lifestyle-driven branded footwear and accessories in over 800 stores across all 50 states, Puerto Rico and Canada.

In addition to Journeys, the APMAs welcomes back fellow sponsors Monster Energy, CreativeLive and DW Drums.

Will you be at the event? Tell us here.