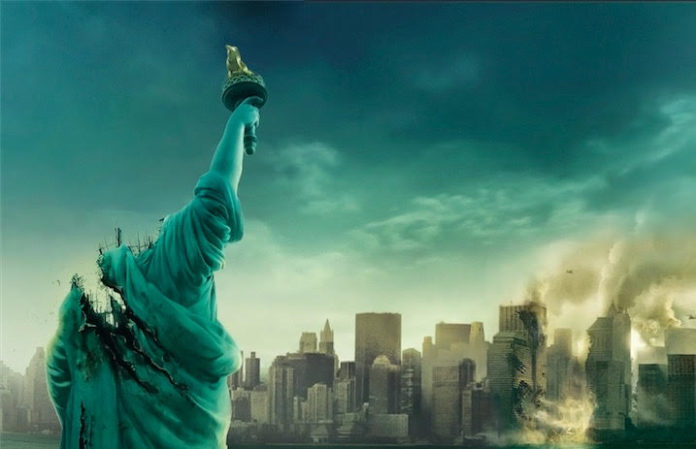 In Jan. of this year, a secret sequel to the found footage, sci-fi/horror flick Cloverfield was spontaneously announced. Now, reports have surfaced that the next movie in the Cloverfield universe will be JJ Abrams' God Particle, to release in late February.

Not only that—but the Wrap also reports that Paramount and Abrams hope to release a Cloverfield sequel each year.

The news comes from “an insider familiar with the project,” according to the Wrap. Paramount and Abrams’ company Bad Robot did not offer any comment, with the former declining comment and the latter not answering requests for comment.

Slated to release Feb. 24, footage of God Particle is expected to be shown to reporters on Thursday in New York City. A similar event in Los Angeles will follow on Nov. 2.

Directed by Julius Onah and produced by JJ Abrams, God Particle seems to be another creepy, extraterrestrial film in which, as IMDB states, “A shocking discovery forces a team of astronauts aboard a space station to fight for survival while their reality has been altered.”

Quiz: Which horror villain are you based on your taste in music?

It was first hinted that God Particle would be another part of the Cloverfield anthology when a sound bite from the International Space Station was heard in viral marketing for 10 Cloverfield Lane, which was the secret sequel announced this January. 10 Cloverfield Lane starred John Goodman, Mary Elizabeth Winstead and John Gallagher Jr. (fun fact: who also starred in Green Day's Broadway musical for American Idiot).

Like God Particle, it was known that 10 Cloverfield Lane was being made for a while prior to its officially announcement as part of the Cloverfield series. The original title was The Cellar And Valencia, which told the story of a woman who wakes in a cellar with a man claiming that she cannot leave because something unfathomable is occurring outside (enter: Cloverfield).

What do you think? Is God Particle the next Cloverfield movie? Let us know your thoughts in the comments!