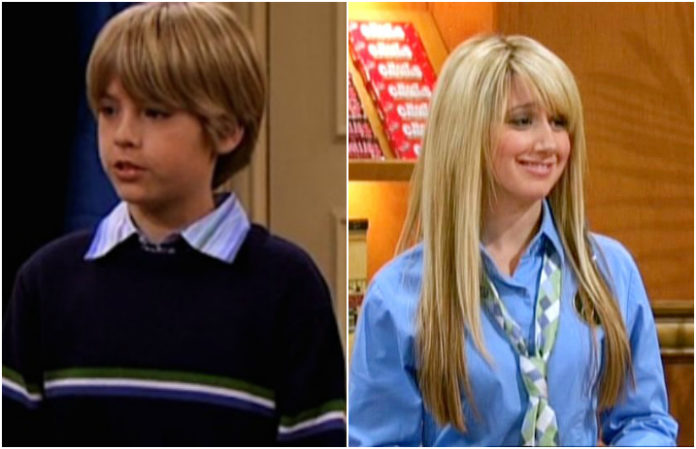 In case you didn't know, the Suite Life Of Zack And Cody was one of the best shows to ever grace the Disney Channel and while we're dying for an official reunion episode, Ashley Tisdale and Cole Sprouse reunited giving us one of the cutest photos ever.

Read more: This ‘Suite Life Of Zack And Cody’ reunion has our hearts so full

The two former Disney stars met over the weekend at Debby Ryan's birthday party. Ryan was featured on The Suite Life on Deck which was the sequel of Suite Life of Zack and Cody.

Tisdale showed off the reunion of her and Sprouse on her Instagram story and we haven't stopped wanting an official reunion since.

Cole Sprouse recently returned to the acting world playing Forsythe “Jughead” Jones III on The CW's Riverdale, which is based on Archie Comics characters.

Suite Life Of Zack And Cody aired on Disney from 2005 to 2008 before it transitioned to Suite Life On Deck. Sprouse starred alongside his twin brother, Dylan.

Check out the adorable reunion of Sprouse and Tisdale below!

Tisdale also posted this great picture of her, Ryan and Twenty One Pilots' Josh Dun. Where was our invite?!

Last night celebrating the one and only @Debbyryan. Thanks for the feast, the tears and the laughs…. ❤️❤️❤️