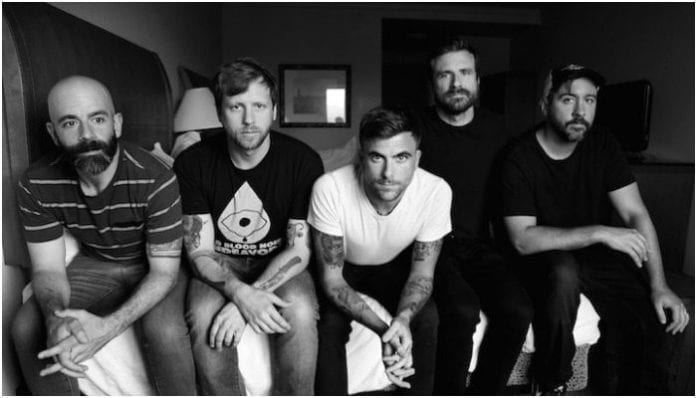 This week, Anthony Green finally let fans know what his favorite Circa Survive album is.

However, you may have a hard time listening to it.

Read more: Matthew Lillard is finally back with the ‘Scream’ cast but not how you think

Like so many other bands in 2020, Circa Survive saw all of their plans come to a halt amid the coronavirus pandemic. Their highly-anticipated Blue Sky Noise anniversary tour has been postponed along with other plans they may have hoped to accomplish this year.

Nevertheless, Green has spent a lot of time chatting to fans on social media. Along with tweeting about the recent U.S. election, he has had plenty of sassy responses about his life without touring.

Read more: The Pretty Reckless’ ‘Death By Rock And Roll’ finally has a release date

I might need a job there if touring disappears. I’d make good sandwiches https://t.co/Y2uYq9BGbG

“The one you haven’t heard yet,” he tweets.

The one you haven’t heard yet. https://t.co/M7kf4iwB6o

Shortly after sending the tweet, however, Green backtracked a little. To the disappointment of many fans, Green confirmed that Circa Survive haven’t actually written the new album yet.

“I guess I should’ve said the one we haven’t written yet.”

I guess I should’ve said the one we haven’t written yet https://t.co/DLKosuQoIq

So far, Green hasn’t revealed any concrete details about a new Circa Survive album. Back in 2018, Circa Survive released the deluxe edition of their latest album The Amulet which features “Lustration,” “Dark Pools” and “Flesh and Bone.” Despite the fact that only two years have gone by since its release, it’s clear Circa Survive fans are already eager to hear some new material.

In the meantime, Green has been staying busy in other ways including his “Songsplainations” series on Patreon. Last month, he shared just how Circa Survive’s hit “Living Together” came to be.

Circa Survive still have plans to embark on their Blue Sky Noise anniversary tour at the start of 2021 with Gouge Away. The tour kicks off in Cleveland on Jan. 14 and tickets are available here.

Are you ready to hear a new album from Circa Survive? What do you want their new music to sound like? Let us know in the comments below.