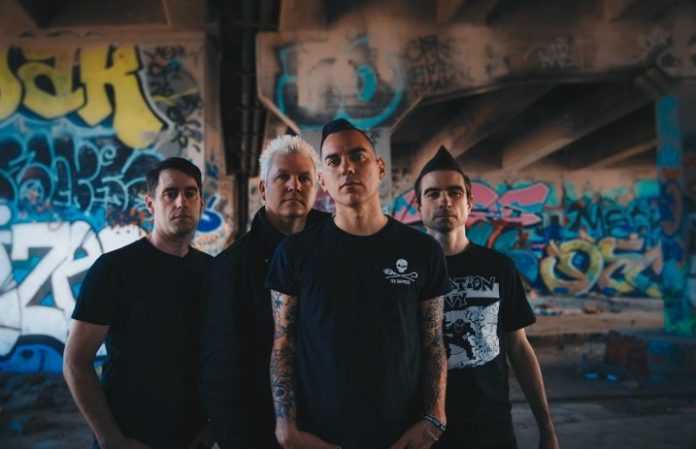 Read more: Anti-Flag’s favorite political lyrics and what they think they mean

“Honestly, we just wanted to throw our hat into the ring of the storied history of Stagger Lee,” Chris #2 says on “Mr. Motherfucker.”

“Our version has nods to those in solidarity with the Black Lives Matter movement of today, the black panther movement and the overall fight for social and economic justice. This is a one take demo of the song that we thought captured something very cool. We were trying to push ourselves to experiment with tempos and structures when writing for American Fall and those experiments are pretty clear on 'Mr. Motherfucker.'”

Listen to “Mr. Motherfucker” below:

The picture disc is currently available through A-F Records here.