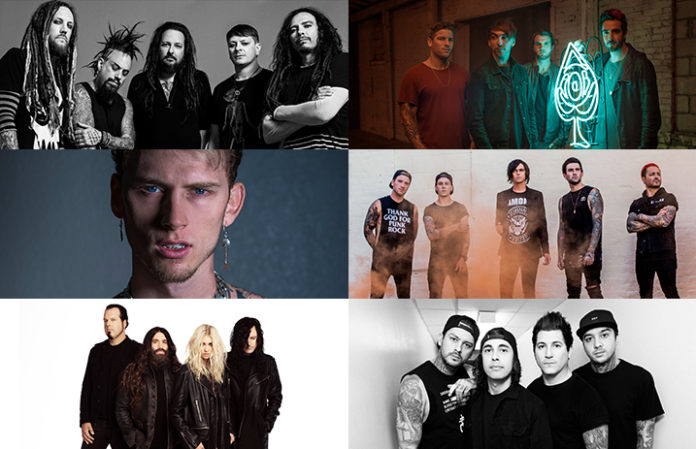 Regular tickets are officially on sale now at www.altpress.com/apmas and start at just $40 to experience all the action the APMAs have to offer! In addition, VIP tickets are available—including Monster VIP Table, Ultimate VIP and Premium Seating packages—offering the best seat in the house. Visit www.altpress.com/apmas for more information on these packages, and be sure to keep an eye out for more show details to be announced soon regarding nominees, honorees, red carpet appearances, surrounding events and more.

“We’re really excited to perform at this year’s awards and are looking forward to seeing all our fans in Cleveland,” says Korn frontman Jonathan Davis. “I performed at the first ever APMAs back in 2014 with Asking Alexandria, and it’s been awesome to watch how this show has grown over the years.”

On July 17, 2017, the fourth annual Journeys Alternative Press Music Awards will return to AP’s hometown and the birthplace of rock 'n' roll, Cleveland, OH. The main event will once again take place at Quicken Loans Arena, home of 2016 NBA Champions, the Cleveland Cavaliers. The 2017 APMAs will be hosted by alternative culture superstar Andy Biersack (of Andy Black, Black Veil Brides and star of the upcoming film American Satan) and showcase a refreshed, produced-for-television atmosphere to fully immerse fans in the action.

See below for the full list of our first 10 performers announced:

Who are you stoked to see perform at the 2017 APMAs? Let us know in the comments below.

Watch more—APMAs 2015: All Time Low open with a medley of classics!