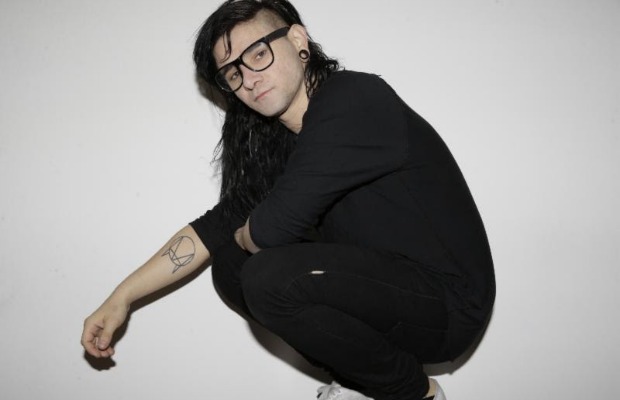 In April 1999, Metallica recorded two performances at the Berkeley Community Theatre with the San Francisco Symphony. That footage would go on to become the album and concert film S&M.

Unbeknownst to many, a budding musician was in the crowd: An 11-year-old Sonny Moore, A.K.A. Skrillex.

On the Jan. 9 episode of Marc Maron's WTF podcast, Metallica frontman James Hetfield commented (at 30:20) that not only was a young Skrillex in the crowd at the 1999 performance—but that he tried to stage dive.

Listen to the podcast here.

And here's the film from the performance. There's definitely someone on stage at 1:43:27—but is it Skrillex? Time to play Where's Waldo?—Sonny Moore edition.

Since leaving From First To Last after two records—Dear Diary, My Teen Angst Has a Body Count (2004) and Heroine (2006)—Moore created a popular dubstep career as Skrillex.

Did you spot Skrillex in S&M? Let us know in the comments!