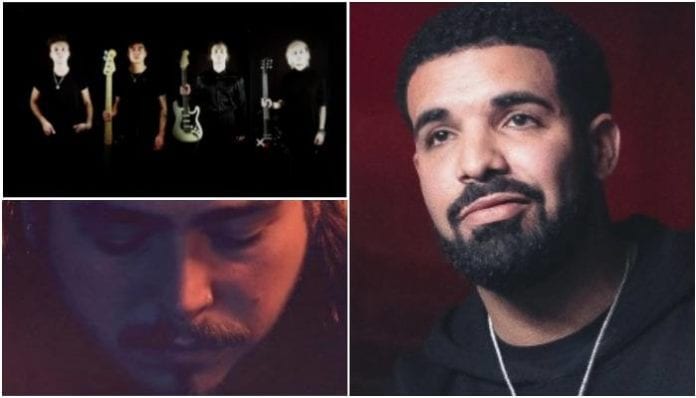 2018 is officially coming to an end, and what better way to wrap up the year than to see which artists, albums and songs we loved the most during the year. In order to do so, Apple Music has officially shared their end of the year list, and it appears that some of our faves were included on it.

While we’re stoked for Drake‘s success this year, it appears that other favorites like Post Malone, who had a bit of a rough year, topped the list too.

If you were curious how the top 5 spots of each category actually looked:

Additionally, 5 Seconds Of Summer appears on the top 100 Global Albums chart with their third studio album, Youngblood, and Ariana Grande hitting the list with her latest album, Sweetener.

Apple Music’s editors have also awarded artists in a few categories like “artist of the year” and  “album of the year.”

According to a press release, these artists “truly represent the very best of 2018” in these categories, and you can check out the list of those winners below!

Artist of the Year: Drake
Album of the Year: Kacey Musgraves Golden Hour
Song of the Year: Cardi B, Bad Bunny, J Balvin “I Like It”
Breakout Artist: Juice WRLD

Who would you have liked to have seen on Apple Music’s “Best Of 2018” list? Who’s on your “Best of 2018” list? Let us know by sounding off in the comments below!