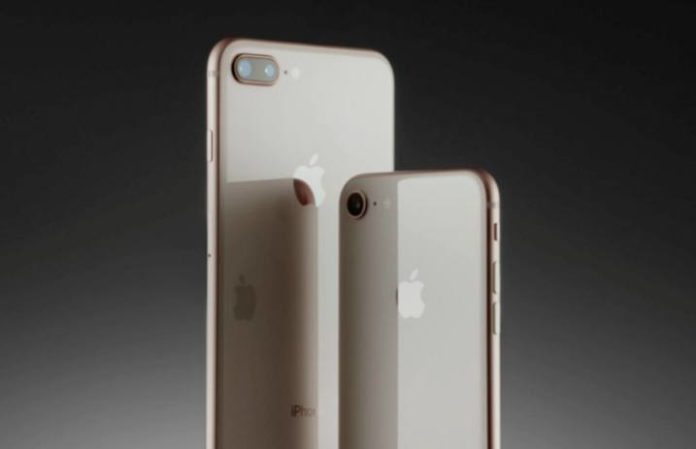 You guys, the day is finally here! That's right, the anticipated Apple Event 2017 at Apple's new Steve Jobs Theater is underway, and the tech giant is rolling out the new iPhone X, iPhone 8 (we guess they're skipping 9) and more! We're roundin' up some of the funniest tweets about the event—check 'em out!

Read more: iPhone 8 will let you blast music 25 percent louder than before

Firstly, as a refresher, Apple recently switched up their App Store logo for the first time in years, as reported by The Next Web. Yup, no more pencil-ruler-paintbrush combo! But does it look like a bunch of popsicle sticks to you?

You Vs. the App Store logo she told you not to worry about. #AppleEvent pic.twitter.com/aeMLVsHzkt

Anticipation was high as the Apple Event 2017 got going, with Twitter users aplenty making their true feelings about the iPhone known. One user laments the iPhone's gradual loss of peripherals—who knows what's next to go?

Read more: Apple announces emojis you can control with your face

Of course, some people are simply wondering how iPhone users are going to handle all this fancy, newfangled technology when they still have trouble using a turn signal. (Fittingly, this appears to be a local police force's tweet.)

Everyone is excited for the new #iPhoneX but still haven't mastered this piece of technology #walkbeforeyourun pic.twitter.com/NunyceLaAA

As noted by Vox, the special Apple Event started at 1 p.m EDT today. Some could hardly contain their suspense before the show got on the road.

Can we talk about the iPhone now? #AppleEvent pic.twitter.com/tsBUsPq6TO

When they finally show the phones at the #AppleEvent… pic.twitter.com/IchajYpEYG

Enough of this! Let's get going on the announcements. As reported by the Verge, there's a new iPhone X and and iPhone 8. The X is being called the “future of the smartphone” and, um… it has no home button, as noted above.

The new iphone 8 is going to revolutionize the way you ignore your friends when you hang out.#AppleEvent

The presented order of the new iPhone 8 and iPhone X announcements at the Apple Event has some users in stitches. Immediate upgrade!

Usually Apple waits a year before making their phones obsolete. The iPhone 8 lasted about 10 minutes #AppleEvent

But what's the difference between the 8 and the X?

If iPhone X is so much better than iPhone 8 what's the point of making it? #AppleEvent pic.twitter.com/y2SCtTtckx

The iPhone 8 also has, like, a lot of glass on it…

iPhone 8 has glass on the front and on the back…

So now I can break the back of my phone 🙁 #AppleEvent

iPhone 8 has glass front and back. I already broke it. #AppleEvent

The iPhone X can unlock with facial recognition.

No chance I'm buying the #iPhoneX, if Zayn Malik gets his hands on my phone he can use facial recognition to get in��

Watch more: A tour of Levi Benton's (Miss May I) iPhone