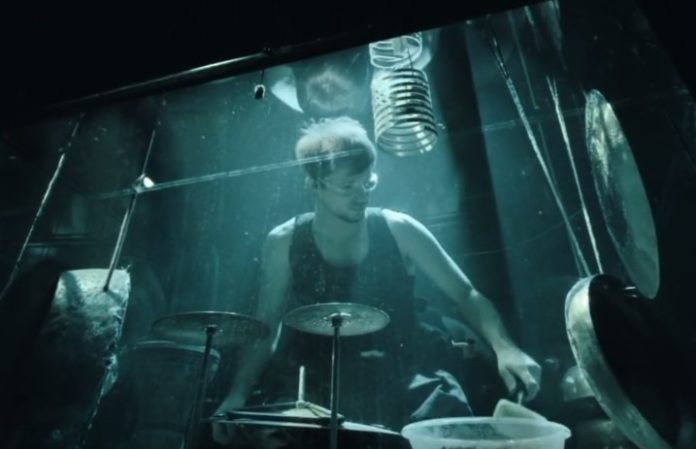 Between Music is the world's first underwater band. The Danish ensemble is known best for their concert performance Aquasonic, the musicians playing while completely submerged in tanks full of water.

In order to perform Aquasonic, the ensemble developed a technique for aquatic singing and play custom made instruments that work sonically well in water.

Among the many musical inventions are the Hydraulophone, Crystallophone and Rotacorda, made specially with the help of scientists and deep sea divers.

Between Music plans when breaths are taken by the musicians in order to keep the compositions on track. They go up for air and then come back down to continue on.

The tank that each musician performs in also functions as an instrument. They're made to a specific size and and set to a specific water temperature to get the music's sound just right.

Surprisingly, Between Music even tours their Aquasonic show and it can be seen around the world.

What do you think of Between Music's underwater technique? Let us know in the comments!