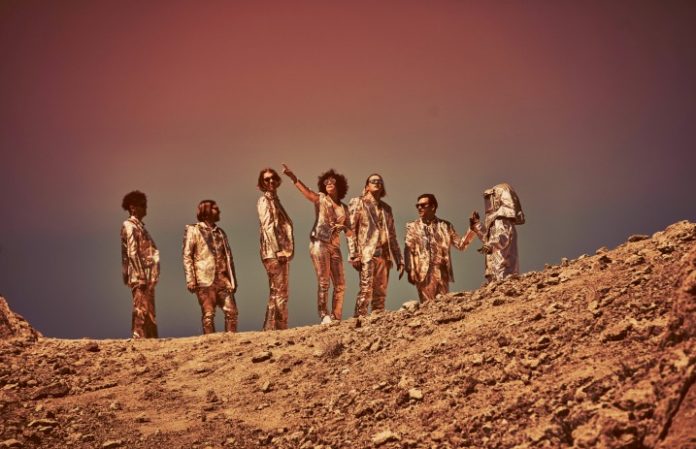 Arcade Fire has responded to the latest controversy caused by Kendall and Kylie Jenner by releasing their own version of the heavily-scruitinized band shirt that the sisters tried to release just a few days ago.

Many still haven't forgotten the fact that Kendall and Kylie Jenner tried releasing overly expensive band t-shirts featuring the girl's faces over iconic bands and musicians such as Metallica and the Notorious B.I.G.

Voletta Wallace, mother of rapper the Notorious B.I.G. (aka Biggie Smalls), has condemned Kendall and Kylie Jenner via Instagram for their custom T-shirt design appropriating the likeness of her late son, calling it “disrespectful, disgusting, and exploitation at its worst.”

Following all the controversy and outrage, all of the shirts have been taken off their website along with the sisters posting an apology on Twitter, “These designs were not well thought out and we deeply apologize to anyone that has been upset and/or offended, especially to the families of the artists. We are huge fans of their music and it was not our intention to disrespect these cultural icons in anyway. [sic] The tee shirts have been pulled from retail and all images have been removed. We will use this as an opportunity to learn from these mistakes and again, we are very sorry.”

Arcade Fire has now responded with a special band shirt of their own which features a picture of Kendall Jenner but overlapped with the logo from their new album, Everything Now. Check out a picture below!

So @arcadefire are selling their own versions of *those* Kendal and Kylie Jenner t-shirts pic.twitter.com/vTrKrDJPxp

This shirt was being sold at Arcade Fire's latest show in London but we're hoping that we'll be able to buy it on their website real soon.

Arcade Fire are releasing Everything Now on July 28.

What'd you think of the shirt? Let us know in the comments! 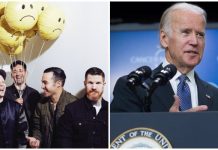