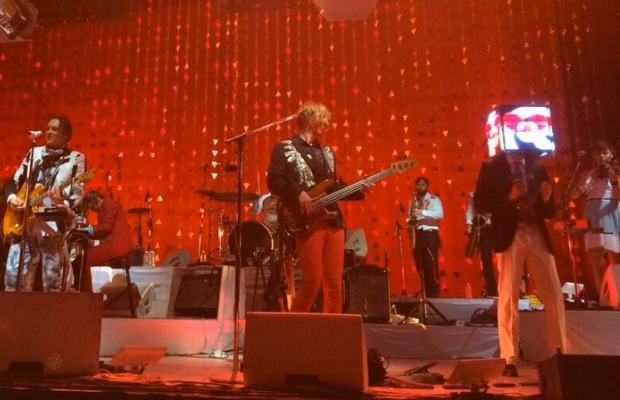 It’s safe to say deadmau5 and Arcade Fire are officially beefing. Last week, deadmau5 went on a lengthy Twitter rant against Arcade Fire for their recent shout-out to “all bands still playing actual instruments” at Coachella. The mouse took this as a direct insult against EDM music, which it was.

arcade fire needs to settle down. some dudes devote their lives to instruments, others to electronic composition by cpu, dafuqs yer problem?

if i wanna watch real artists perform, id pick the opera before wasting a fucking minute of my life with arcade fire. #do youevenscorebro?

Last night, Arcade Fire’s response to deadmau5's rant came in an interesting way: The band brought out a miniature LCD displaying deadmau5’s trademark mouse head during a performance of the song “Normal Person”—a song that starts off with the question: “Do you like rock ‘n’ roll music?” What was especially insulting about the display is that it also featured the face of disgraced congressman Todd Akin (the “legitimate rape” guy), who the band were also mocking.

Check out footage of the performance below: