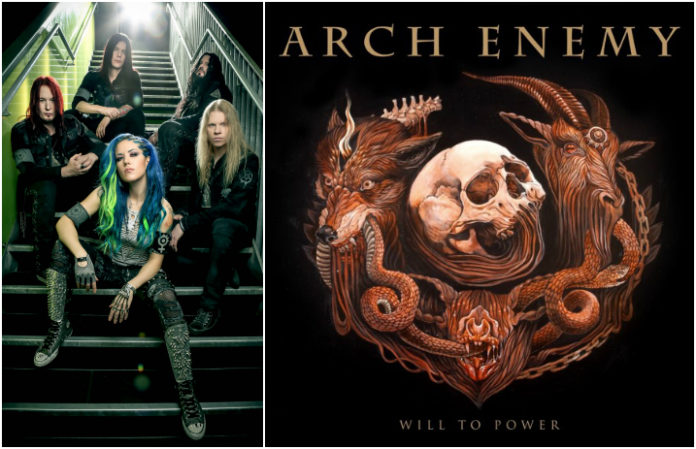 Swedish death metal bastions Arch Enemy have unleashed the cover artwork and further details for their upcoming tenth album, Will To Power, due out September 8 from Century Media Records. Check it out below!

Will To Power's cover art is designed by painter Alex Reisfar, with Arch Enemy guitarist Michael Amott commenting, “It was a pleasure working with [Alex] on the Will To Power cover artwork, he immediately grasped the concept and atmosphere we were looking for with this album.”

“We talked about the double edged sword that is human ambition, how it can be outstandingly creative and beautiful but can also be turned into something dark and powerful,” Amott continues. “Alex proceeded to masterfully paint a strong image that evokes a lot of feelings.”

Will To Power will be Arch Enemy's first full-length release since 2014's War Eternal and is co-produced by Amott and drummer Daniel Erlandsson. The band will hit the road for their Will To Power Tour 2017 later this fall but not before a stacked schedule of festival appearances across Europe—check out their list of summer tour dates below.

More details on Arch Enemy's new album will reportedly be made available in the coming weeks. Fans can also take part in a special campaign that gets their name inscribed in the Will To Power Deluxe Box Set Edition here.