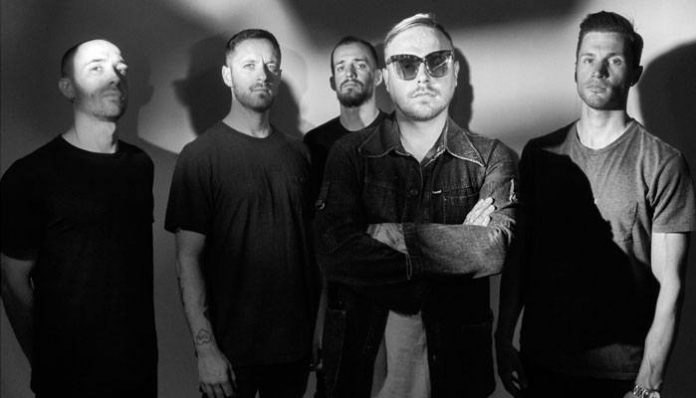 Architects are continuing to reach new heights with their ninth studio album For Those That Wish To Exist. Nearly a month after they earned their first-ever U.K. chart No. 1 with the LP, Architects have hit another chart milestone, and this time it’s in the U.S.

Their single “Animals,” which helped kick off the For Those That Wish To Exist era in October 2020, has entered the Top 10 on U.S. Rock Radio.

Read more: Afterlife ignite their rage in cathartic “Burn It Down” video—watch

According to Mediabase Building Charts, “Animals” is currently sitting at No. 6 on the Active Rock Airplay chart. The single is sandwiched between Seether’s “Bruised And Bloodied” at No. 5 and AC/DC’s “Realize” which is at No. 7. Foo Fighters’ “Waiting On A War,” off of their tenth studio album Medicine At Midnight, is sitting comfortably in the chart’s top spot.

As it stands, this is the highest U.S. rock radio chart position Architects have ever reached. However, “Animals” has also done exceedingly well on one other rock music chart. On the week of March 12, the single peaked at No. 3 on the Billboard’s Hot Hard Rock Songs chart. As well, that same week, “Dead Butterflies” reached No. 21 and “Impermanence,” their collab with Parkway Drive vocalist Winston McCall, peaked at No. 25 on the same chart.

Along with all of this, Architects have achieved their highest U.S. album chart placements yet with For Those That Wish To Exist. Last month, the album peaked at No. 9 on Billboard’s Top Album Sales chart. Previously, their highest position on the chart was with Holy Hell which reached No. 25 in November 2018. For Those That Wish To Exist also hit the 11th spot on the Top Rock Albums chart last month. Prior to the album’s release, their highest peak on the chart was No. 14 with Holy Hell.

Read more: 40 new artists you need to hear in April

Last month, Architects actually revisited “Animals” for a moving rendition with a full orchestra. For the performance, the band took over the legendary Studio Two at Abbey Road Studios in London. Throughout the decades, numerous artists have recorded at Studio Two including the Beatles, Oasis and Pink Floyd. More recently, Adele, Panic! At The Disco, the 1975 and Noel Gallagher have recorded in the iconic space.

When it came to reworking “Animals” for the performance, Architects knew they wanted to change the overall vibe of the track. So, they decided to bring in a talented group of orchestra musicians to elevate “Animals” to a whole new level. As a result, Architects created something unlike anything fans have heard from them before.

“This was an amazing opportunity to reimagine ‘Animals’ entirely,” Architects say in a press release. “We took away the jagged synths, replaced them with an orchestra and recorded it in the world-famous Studio Two at Abbey Road Studios. The result is something unlike anything we’ve ever done before. We hope you enjoy it.”

Last month, Architects achieved a major milestone in their career. Following For Those That Wish To Exist’s release Feb. 26, it shot to the top of the U.K. album charts. The placement marks the band’s first-ever No. 1 chart debut in the U.K. Architects’ ninth studio album managed to beat out artists such as rock band Maximo Park, rapper Digga D and Alice Cooper for the coveted top spot.

According to Official Charts, the race to No. 1 was very close. In the end, however, Architects beat out Maximo Park’s Nature Always Wins for the top spot by just 550 chart sales. This accomplishment also marks Architects’ first top 10 album in the U.K. Previously, their highest chart peak was No. 15 with 2016’s All Our Gods Have Abandoned Us.

On For Those That Wish To Exist, Architects teamed up with numerous artists for some explosive collaborations. Along with McCall on “Impermanence,” the album also features Royal Blood vocalist Mike Kerr on “Little Wonder” and Biffy Clyro frontman Simon Neil on “Goliath.” It also includes their previous singles “Meteor,” “Dead Butterflies” and “Black Lungs.”

Architects are also gearing up to take For Those That Wish To Exist on the road next year. Last month, they announced their headlining U.K. arena tour. The five-date tour kicks off in Leeds, England, Feb. 22, 2022 at First Direct Arena and ends March 1, 2022 in Cardiff, Wales, at Motorpoint Arena. During the string of dates, the band will also be playing Glasgow’s SSE Hydro, Nottingham’s Motorpoint Arena and London’s historic Alexandra Palace.

So far, no support acts have been announced. Tickets for the tour are available to purchase here.

For Those That Wish To Exist UK Tour now on sale!

The full list of Architects’ tour dates is below, and more information can be found here.

Architects are the cover stars of Alternative Press Issue 393. As their U.S. magazine cover debut, the band continue to meticulously use their platform and voices to promote awareness and action needed to cease the nearly irreversible effects of global warming. 6 years, 291 days, 1,134 hours, 01 minutes—at the time of the cover photo shoot—and counting.

You can order Alternative Press Issue 393 below or here.

What are your reactions to Architects’ “Animals” entering the top 10 on U.S. Rock Radio? Let us know in the comments below.