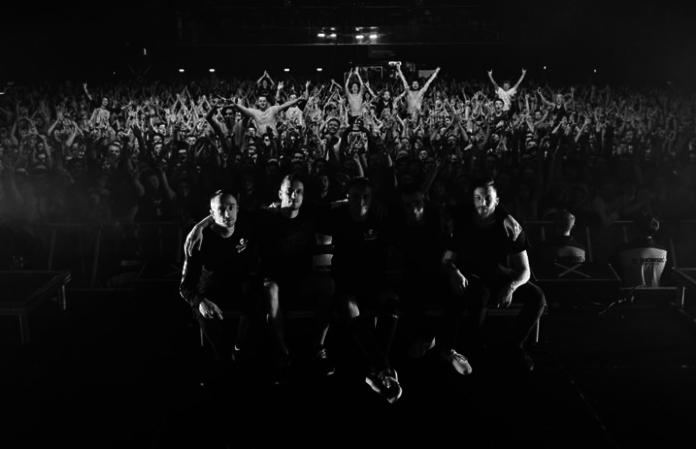 Architects have been getting some hate for canceling their appearance at Metaldays this year. Understandably, people who were excited to see them were pretty bummed out about the cancelation.

Read more: Architects’ Sam Carter sings “The Coin Has a Say” with Every Time I Die—watch

Here's what he had to say:

We've caught some heat for cancelling Metaldays festival the other weekend. I understand people are disappointed and have spent money….

But unfortunately bands are comprised of humans and not machines and sometimes things arise that have to take priority.

The way some people talk it's as though they think we cancel shows for a laugh. It costs us a fortune and we love performing.

Disappointing to see such a lack of trust. We caught this same heat when we had to cancel shows because Tom was ill.

We couldn't say why we were cancelling because it was private. It's a shame that people forget that there are humans involved with this.

Dan appears to be referencing the handful of tours and shows that the band had to cancel last year while his brother and guitarist Tom Searle battled cancer before passing away last August.

To be clear – we all fine and in good health but sometimes we have commitments that come up that get in the way. That's life im afraid!

We would only cancel a show if we absolutely have to. We're not staying at home sunbathing and watching telly!!!

Definitely not sunbathing – we live in England.

We think Searle has a point. After going through so much in the last few years the last thing Architects need is hate from their fans. (We also think they probably do deserve that vacation in the sun.)

Hopefully next time our favorite band has to cancel a show we'll remember that they're only human, too.

What do you think about bands canceling shows? Sound off in the comments below.