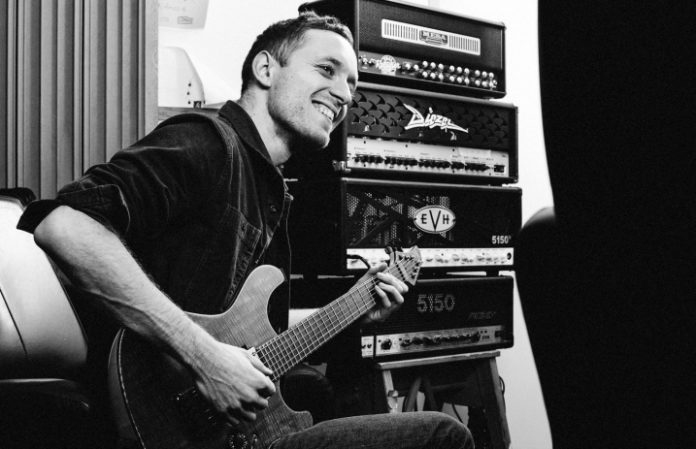 After a three-year battle with cancer, Architects founding guitarist Tom Searle has died at the age of 28.

In a statement on the band's Facebook page, Searle’s twin brother and bandmate Dan Searle writes a powerful tribute to his brother.

“He was an incredible songwriter and guitarist,” he writes. “He was my closest and oldest friend. He was a funny, intelligent and sweet man and he leaves an enormous void in all of our lives.”

Earlier this summer, after cancelling their European Festival tour, Architects were forced to cancel their North American tour with Counterparts, Sworn In and Make Them Suffer due to a family emergency, which is explained in the post.

“When we left for our European Festival tour on June 2nd Tom was very unwell. He had been advised to stay in hospital to receive care but ultimately there was nothing that they could do for him and he signed himself out of the ward two days before we departed for Germany,” the post reads. “Some of you might view this as reckless but this is the way Tom wanted to do things throughout his last year because he never wanted the cancer to get in the way of what he loved. He got on stage and performed his last two shows at Rock Am Ring and Rock Im Park, which took him an incredible amount of strength but those are two shows that we will never forget.”

The band will tour their latest album, All Our Gods Have Abandoned Us, which came out in May. Tom is featured on all seven of the band’s studio records.

“We hope that these shows will be an opportunity for everyone out there to show their respects to my wonderful brother. It won’t be easy for us to get on stage and play every night without him, but its something that we must do.”

AP sends its condolences to Searle's family, friends and fans.

Read Dan's statement in full below:

A JustGiving page has been set up to raise money for the Hospice center where Tom was cared for in his final days.