Did Josh Dun and Debby Ryan secretly get married?

When did this great news happen?

Did Josh Dun and Debby Ryan officially get married? In the music video for twenty one pilots‘ new song “Level Of Concern,” Dun can be seen wearing a wedding ring.

Dun proposed to Ryan back in December of 2018. Then, in 2019, he asked the Rock if he would come to his wedding. But still, no official details of a wedding or marriage had been announced then, or since.

twenty one pilots started teasing a new track earlier this week. Tyler Joseph mentioned that he was always writing and was sending some files over to Josh Dun.

On April 8, they announced a new track and video would be dropping the next day. Well, we’ve listened to the song and we’ve watched the video. While it’s incredibly exciting that Dun and Joseph dropped the first TOP music since 2018’s Trench, it’s also exciting that Josh Dun and Ryan seem to be married now? Either that or Dun just loved wearing fancy-looking rings on his left ring finger.

If you haven’t watched the video yet, do so below. You can see the ring on Dun’s finger numerous times. The first time is briefly at the 0:56 mark.

Eagle-eyed members of the Skeleton Clique were the first to notice and furiously took to Twitter to spread the news. Check out some reactions below.

The things i remember is :
Josh's wedding ring
Rosie, Jenna and Debby (what a pleasure to see Debby)
And of course Tyler's dance

I love it ! I love the lyrics, sound, music, everything ! That make feel so good in listening your song @tylerrjoseph @joshuadun @twentyonepilots

So I showed my mom the Level of Concern video. And she asked if Josh and Debby got married already. Because Josh wears a ring too. Sooo DID THEY GET MARRIED ALREADY?!? pic.twitter.com/df0gRhwb0W

No one knows exactly when the secret wedding happened but it must have been relatively recently. Some fans speculate that it was at their New Year’s Eve party.

But, their social media profiles seem to be inconsistent. Since New Year’s there are photos of Dun both wearing a ring and not wearing a ring so who really knows. Below is an image from five weeks ago. Ryan posted it to her story and, while we can’t see the man’s face, it is most likely Dun holding the popcorn. The ring on his finger also looks a lot like the one in the “Level Of Concern video.” 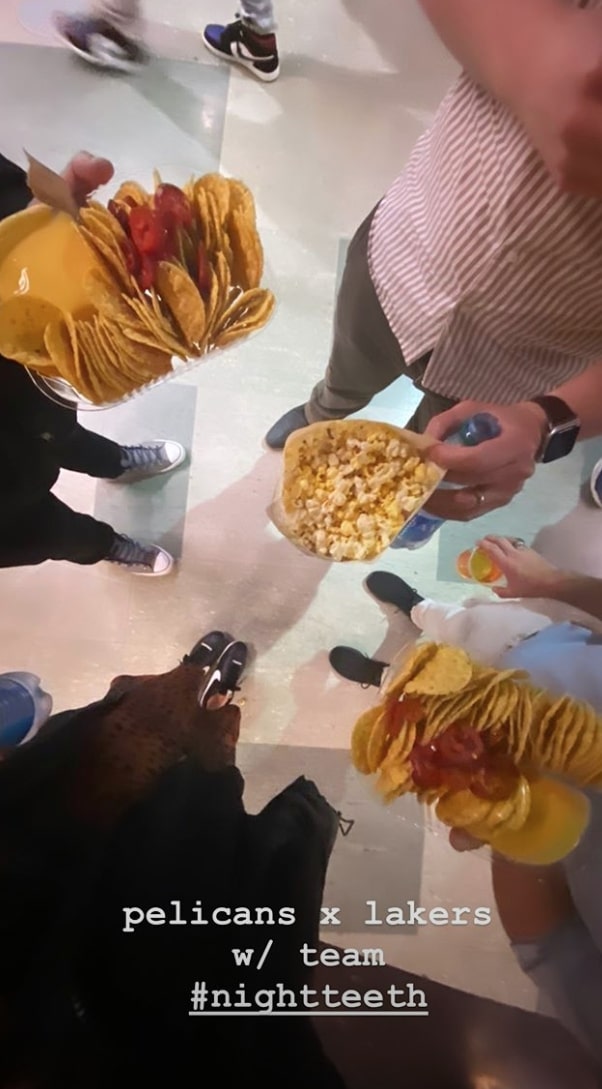 If you missed the fact that Dun and Ryan were engaged, check out the engagement post below. Or, if you already knew, relive the beautiful emotions you felt when you found out.

My dude asked me on a date. I said yeah because I always want to go on dates with him. Then he asked me to be his dude forever

He does things well, and right. His timing has pressed us and never failed us.
He’s sincere and fun and disciplined and strong as heck and a nerd and a rockstar and a good midwestern man and a silly shirtless boy, and his family is endlessly warm and delightful.

I have two parents and a brother; they’re superheroes, just champions and they’re my home. They’ve been the only thing that moves my needle with the fierceness of deep empathy.

I have never found that out in the world. I guess I figured it wasn’t a connection you could stumble upon, only something you could only be born into.

Falling in love with joshua was discovering it in the wild. Building it with him, building in certainty, infinite in wonder. Our own lil family.

Feels like growing up and moving through life is just evolving through different types of complicated. He is where all the voices narrow into one sound. My only simplicity, where the important things are clear and the other things aren’t that important.

He’s my heart outside my body, he’s a cold water awakening and a warm bed; he’s the place I can rest. Dudes for life.

It was a really good date.

Also, unfortunately, the Rock said he could not attend the wedding.

Tell us your thoughts on twenty one pilots’ “Level Of Concern” and Dun and Ryan’s potential wedding in the comments below!