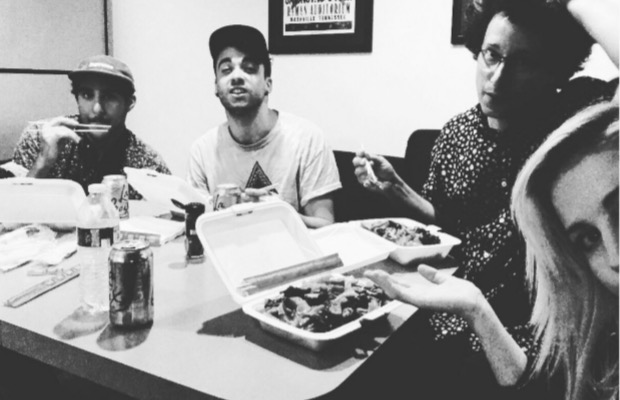 Paramore have shared yet another picture of them eating food with former drummer Zac Farro. It’s fittingly captioned, “Eating again.” You can check it out below.

Yesterday, the band shared a separate photo of Hayley Williams and Taylor York with Farro and Justin Meldal-Johnsen eating together.

Farro drummed on Paramore’s first three albums, but left along with his brother Josh in 2010. Justin Meldal-Johnsen served as producer on the band’s self-titled album.

Seriously, what is going on here? Either this is just a way to get fans hopes up (and build hype for the new album), or Zac is actually back in the band. Or maybe he’s just recording on the album?

Underoath’s Aaron Gillespie has been performing with the band on recent tours. With Underoath continuing to confirm future live appearances, it would make sense that he would need to allocate more time towards that, rather than Paramore.

Williams tweeted about going to a Half Noise show and seeing Zac in April.

Got to see my all time fav drummer last night + watch him be a frontman for the 1st time ���� @HalfNoiseMusic pic.twitter.com/8gR5bgmtw7