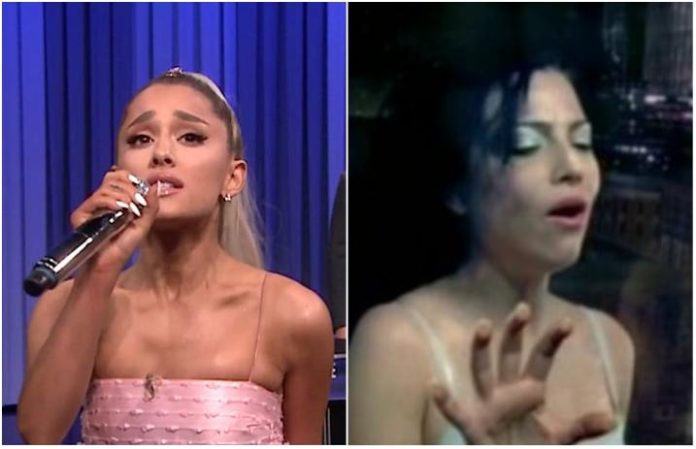 Ariana Grande channeled Amy Lee for an Evanescence-style cover of Kendrick Lamar's “HUMBLE.” on Tuesday's The Tonight Show Starring Jimmy Fallon—watch the clip from the show's “Musical Genre Challenge” below.

Appearing on Fallon to promote her new single “No Tears Left To Cry,” Grande also did a version of Drake's “God's Plan” (in the style of a '90s pop song) during the popular segment on comedian Jimmy Fallon's late-night talk show.

As reported by Pitchfork, Grande also shared some exciting news with Fallon: The singer let slip that her upcoming new album will be called Sweetener, and it should be out by this summer. Wake me up inside, fam.

What did you think of Grande's Evanescence-style cover?