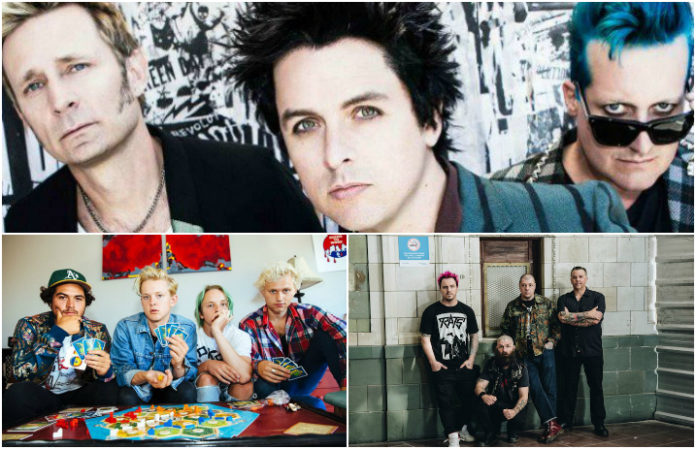 East Bay-based supergroup Armstrongs—featuring Green Day’s Billie Joe, Operation Ivy/Rancid/Transplants’ Tim, SWMRS’ Joey and Rey Armstrong—released their new song “If There Was Ever A Time.” Even cooler? 100 percent of proceeds will go to benefit an East Bay non-profit community space for the arts.

The punk anthem was actually featured in the documentary Turn It Around: The Story of East Bay Punk, which features footage from hundreds of shows, thousands of photos and, of course, interviews with musicians who played a pivotal role in creating the punk scene.

In addition, all proceeds will be going to benefit 924 Gilman: a DIY, nonprofit, all-ages venue for music, art, and community events in Berkeley, California.

“It was exciting to work on this song with Billie and crew for the film,” Tim explains. “Stoked to share the tune with everyone out there and to be donating all the proceeds to Gilman, which is a place so near, dear, and important to us.”

Give “If There Was Ever A Time” a listen here:

The track will be available everywhere on July 28. In addition, a run of flexi-disc singles, limited to just 1,000 copies, will be sold via Pirates Press here.

What are your thoughts on Armstrongs' new song? Let us know in the comments below!