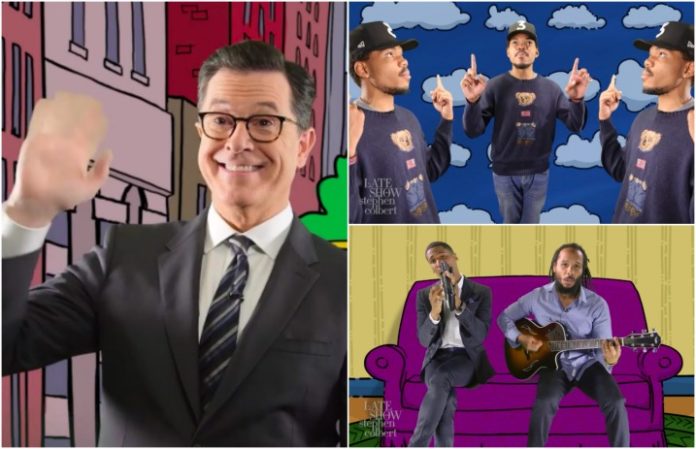 You didn't know you needed the Arthur theme song covered by Stephen Colbert, Chance The Rapper and Ziggy Marley—until now.

The collaboration was featured on Colbert's Late Show.

Marley originally created this rendition. Plus, according to Pitchfork, Chance The Rapper used to cover Arthur's theme song at his concerts and posted his own version on Soundcloud in the past.

Arthur is, of course, the timeless childhood cartoon that first aired in the late '90s and continues to air today on PBS.