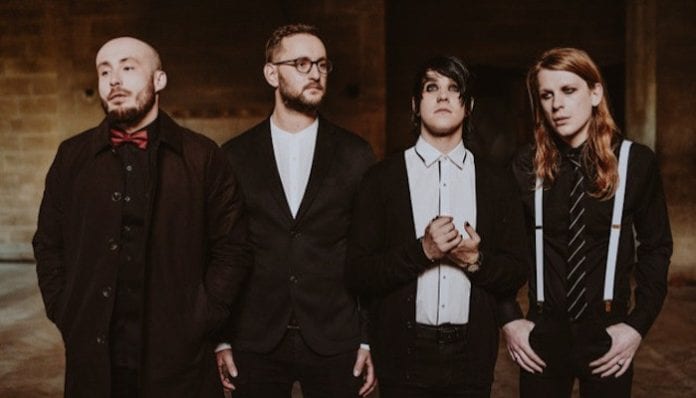 As It Is have gone off on a Twitter user in response to them criticizing their younger fanbase. The band goes on to say that enjoying music is essential at any age.

Following the announcement of Slam Dunk, As It Is took to Twitter to defend their younger fans after a user criticized the band with what was, apparently, the worst possible insult they could come up with: Younger fans are less valid than older ones.

The “elitist” user was concerned that the festival would be “mobbed with kids wanting to meet a YouTuber.”

Obviously, the band wasn’t having any of it.

*wanting to meet the singer of a band they like. How dare they. Those ‘kids’ are much better than your outdated, elitist attitudes. You were young and enjoyed music once right? Don’t be that guy that shames a demographic based on age as if that devalues them.

However, the conversation didn’t stop there. The user was respectfully put on blast after accusing the band of calling them racist and sexist.

No I’m not. I was making a point on a wider issue of people belittling bands based on demographics. Apologies if it came across that way. People are allowed to enjoy music in whatever way they choose. You do you. Let them do them. Don’t like us? Don’t watch us.

After all, what is so wrong about younger fans having fun at the expense of literally no one?

“People are allowed to express themselves and their love for a band that may have helped them in some way at a show or festival however they want without feeling judged by people like you,” the band says in a tweet.

The user continued to criticize the band’s overall artistic demeanor. As It Is then rebutted the user’s claims by sharing the hard work they put into their craft.

Ahh yes pouring almost 7 years of our lives and art into a band for ourselves and other people to enjoy whilst promoting worthwhile causes and charities is a massive joke. Haha. https://t.co/AQfiJ59veN

The band went on to share a heartwarming, parent/fan relationship.

Much love to all the parents that bond with their kids over our music or any music ???? https://t.co/0I2esof7Cy

Long story short, like what you like and don’t hate on the folks that enjoy what you don’t. Long live the fangirl.

As It Is will embark on a tour in Europe and Japan next month. Check out a full list of dates and secure your tickets here.

What do you think about As It Is’ response to younger fans at concerts? Sound off in the comments below.