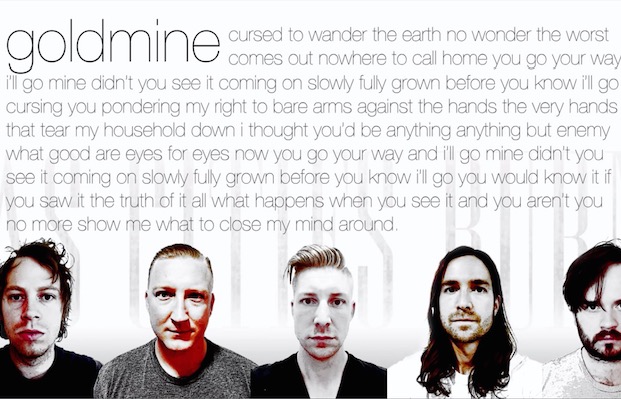 As Cities Burn have released a second surprise single, titled “Goldmine.” The track testifies to the band’s nature of continual progression. If one had to categorize it with their previous material, I suppose you could consider this a potential Come Now Sleep B-side, but truthfully, there isn’t another song in their catalog that sounds like this. Therefore, before you judge it for what it’s not, attempt to appreciate it for it is.

Once again, it is incredibly heartwarming to have you back, boys.

Later this summer, the band will embark on a 10-year tour centered on their incredible debut album, Son, I Loved You At Your Darkest. Joining them will be Emery, Listener and Foreign Sons. Tickets are on sale through an array of different packages, which you can check out and purchase over at the band's website.