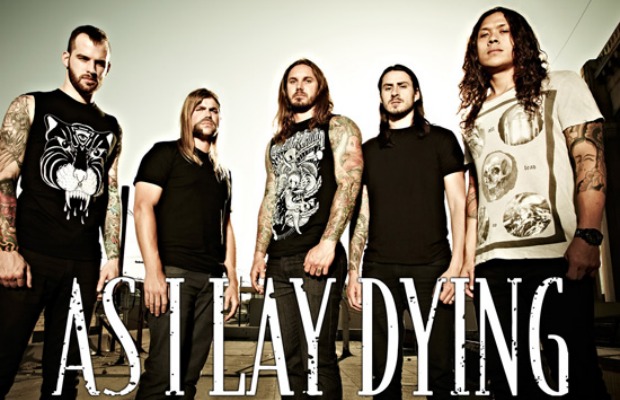 Earlier today, a statement was posted to As I Lay Dying’s official website, announcing two new projects—one from Tim Lambesis and one from the other four members of AILD—and an indefinite hiatus of sorts for the band. Now, the other four members—Nick Hipa, Jordan Mancino, Phil Sgrosso and Josh Gilbert—have all released a new follow-up statement, saying that their label, their management and themselves were oblivious to the first statement’s construction and release.

They then went on to state that Tim Lambesis is the only person with access to the band’s official website (where the statement was posted). Though the band did confirm that the information about their new project in the first statement, which prematurely announced the project’s new singer Shane Blay (Oh, Sleeper), was accurate.

Read the full statement from Hipa, Mancino, Sgrosso and Gilbert below:

This morning an update was posted over at www.asilaydying.com on the current happenings and individual futures of all the bands' members. For Jordan, Josh, Nick, Phil, management, and record label, this was an interesting first time read as all parties were oblivious to its construction, intent, and release.

Though Tim is the only one with access to the As I Lay Dying site, the rest of us have been releasing content through our personal social media accounts to reveal that we are carrying on in a new band. Our truest intentions were to make this unveiling interesting and exciting for anyone who has supported us over the past year. With information so instantaneous and disposable these days, we had hoped to show you how things were coming together rather than simply tell you.

We never want to capture attention dramatically, which is precisely why we've been off the radar for close to a year. Though the third-person statement released earlier compromises a lot of how we had hoped to unroll things, we remain positive in our outlooks and look forward to sharing new music soon.

With love and gratitude,