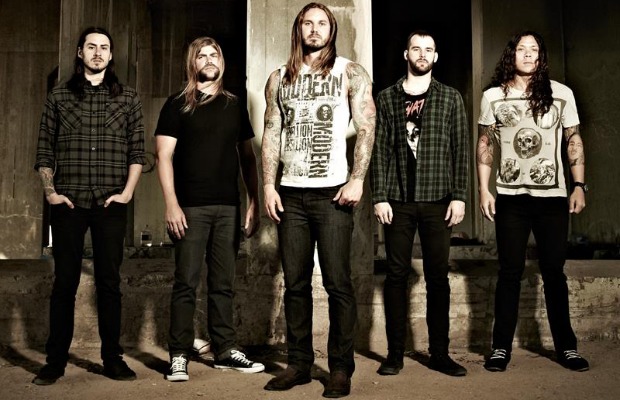 For the first time in a year, As I Lay Dying shared more than a “Happy Father’s Day” message on social media—instead, the band opted for the status “Activity,” leading fans to believe that they’re up to something.

See the updates below.

AP confirmed back in February that Lambesis is out of prison after being incarcerated in 2014 for conspiracy to commit murder.

When AP reached out to the California Department Of Corrections And Rehabilitation to find out if Lambesis was still confined in a California prison, a representative confirmed that he was discharged Dec. 17, 2016. He was discharged to the Division of Adult Parole Operations.

Reports about Lambesis' release surfaced following an interview on Eddie Trunk's Show from the Monsters Of Rock Cruise. In that interview, George Lynch (former Dokken guitarist) discussed his relationship with Lambesis, mentioning: “He just got out of jail for attempting to kill his wife.”

Back in 2014, AP had a world exclusive interview with Lambesis days before he was sentenced to six years in prison.

“He recently got out of jail,” Lynch says. “Destroyed his band. They don't have a pot to piss in now—they're all struggling.”

He continues: “Anyways, he's out. He's got a mega-record deal. He's got a book deal. Everything's lined up for him. I mean he's going to skate through life.”

Listen to the interview here.

Lambesis’ As I Lay Dying bandmates—along with Shane Blay of Oh, Sleeper—formed Wovenwar during Lambesis' absence and have released two full-length albums, Wovenwar and Honor is Dead.

What are your thoughts on hearing new music from As I Lay Dying? Let us know in the comments below.