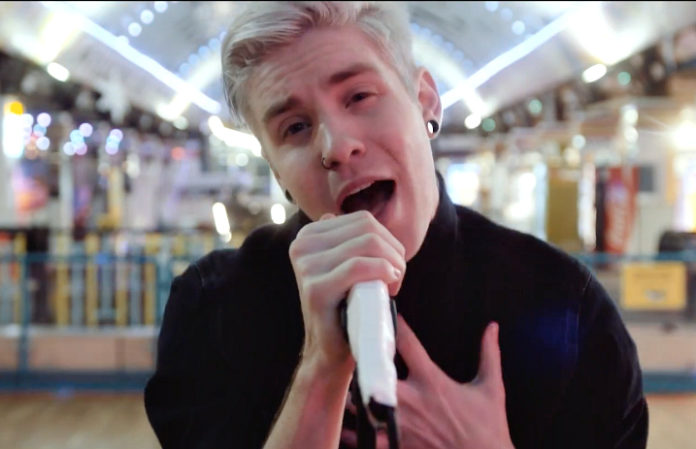 UK-based pop rockers As It Is just dropped a new music video for their song “Hey Rachel,” taken from the band’s sophomore album okay., released Jan. 20 via Fearless Records.

Frontman Patty Walters opened up on the process of writing the track when sharing it on the band’s Facebook:

Read more: 10 Things You Didn’t Know About As It Is

“‘Hey Rachel’ was an especially cathartic song to write, reopening old wounds after nearly ten years. Writing the song demanded being painfully honest with both myself and my sister, neither of which I was particularly comfortable doing. I had to relive past feelings of fear, sorrow, anger, pain, and, most of all, regret. The song is an apology I’m relieved and proud to have finally said. The video was written and directed by Joshua Halling, who also spearheaded the video for ‘Pretty Little Distance.’ I love his interpretation of the song – reimagining mine and Rachel’s story with an empowering, inspirational feel with a happy ending in hindsight. It’s such a beautiful and powerful music video, and I’m ecstatic to finally be sharing it.” – Patty”

AP caught up with Walters about their recent release, one of our Most Anticipated for 2017, and he said that they were willing to take chances on this record, without any worries of sticking to a particular sound or perception.

“That’s why down this record there are songs that are poppier than on our previous work, darker than our previous work, and it’s just overall a much more diverse and liberated sound because we weren’t conscious of whether it sounded like us or was right for the record. We just kind of experimented and had fun, and I hope that comes across.”

Plus, we caught up with Walters in our Twenty One Pilots issue #342, who gave more background on the song “Hey Rachel.” To get a copy of the issue, follow the links below!

In case you missed it, check out the band’s first single off their new record, “Okay.” The album is available for purchase here.

Check out their video for “Hey Rachel” below!

What are your thoughts on the new video? Let us know in the comments!

Watch more: Note To Self: As It Is give advice to their younger selves