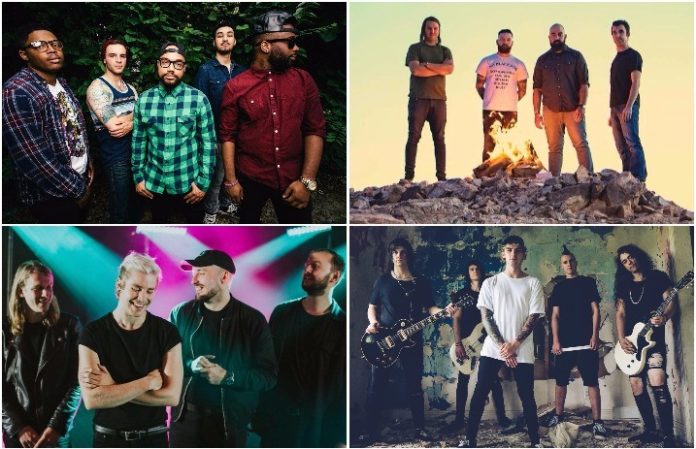 Hear new songs from Story Untold and Pussy Riot—plus, watch new music videos from As It Is, Speak The Truth…Even If Your Voice Shakes and HOLY WARS. Check out the news you might have missed today below!

Read more: Over 60 fans removed from A Perfect Circle show for taking photos

1. Story Untold debuted their new song, “Drown In My Mind,” taken from their forthcoming full-length WAVES.

The band’s debut album is due out Feb. 2.

2. As It Is released a powerful new music video for “No Way Out.”

The track is taken from their newest album, okay..

3. Speak The Truth…Even If Your Voice Shakes have released an animated video for “Everyone You Love Will Slip Away From You.”

Their debut album of the same name is due out Nov. 10.

4. Post-hardcore act In Your Memory have released a new music video for “Mr. Default.”

Plus, the band have announced tour dates with Emery, running Nov. 13 through Nov. 19.

5. Pale Lungs debuted an acoustic rendition of “My Window.”

The track is taken from their EP Strawberry.

The music video is the title track from their debut album, released last Friday, and the ballad features audio clips from the last voicemails her parents left before their untimely passing.

7. The Contortionist have announced that they will be supporting Nothing More next year.

They’ll be kicking off their run of dates in Little Rock Feb. 3, wrapping up in Sacramento March 3.

The track is taken from Nice Life Winter ’18 playlist out Dec. 8.

9. DARK NIGHTS: METAL shared a first listen of their soundtrack.

Not to mention, the video features an interview with composer Tyler Bates and Mike Elizando and