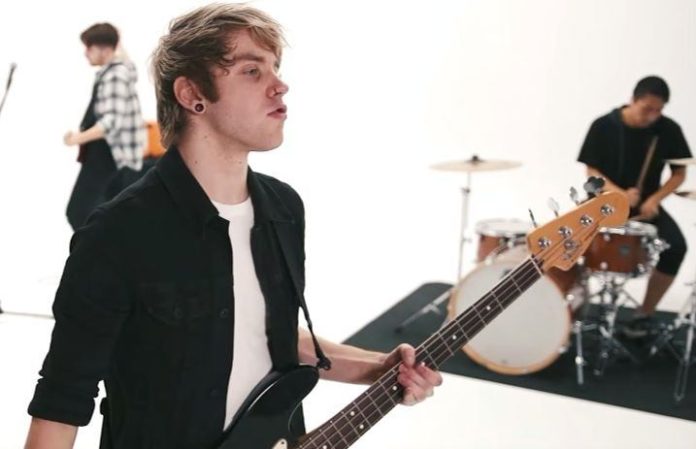 As It Is frontman Patty Walters has joined a new band—and this time around, rather than singing, he's rocking the bass!

Walters has teamed up with Jarrod Alonge and Lauren Babic on the new project, CrazyEightyEight, and the alt act have debuted their first song “Shinebox.”

“My friend and longtime collaborator Patty Walters reached out in search of a new creative outlet,” Alonge writes.

“Although he's well-known as the front man for As It Is, Patty's musical roots are mostly instrumental and we welcomed his addition with open arms. The obvious next step was to write, produce and release a full-length studio album. Right? Right.”

Give “Shinebox” a listen below:

The band are hoping to Kickstart their debut album, and you can support their fund here.