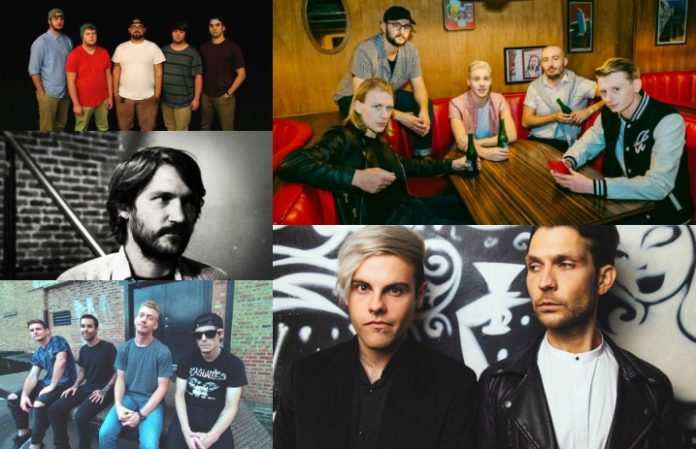 1. As It Is release new song, “Still Remembering.”

The song comes from their album okay.—out Jan. 20. Listen to it below.

The band has released their first single, “Can’t Stop,” from their EP due out early this year. The band says, “When we started this band back in 2015, we never thought it would turn into what it is now. The support we have gotten from everyone is completely overwhelming. We're excited to see what our future with Wilhelm Records holds.”

The track comes from the Sacramento rock/metal group’s album Sleepwalker—out Feb. 10. Listen to the track below.

The Lancaster, PA pop-punk band’s single will be on their upcoming album Charm City—out Feb. 10—watch the video below.

5. AFTRHR (There For Tomorrow) release new single, “Walking on Air.”

After There For Tomorrow disbanded in 2014, original members Maika Maile and Chris Kamrada formed the indie-pop band AFTRHR. Listen to their third single, “Walking on Air,” below.

6. Tim Kasher’s (Cursive, The Good Life) releases “An Answer For Everything.”

The song will be on his forthcoming album, No Resolution, out March 3 on Cursive’s new label, 15 Passenger. Kasher will be heading on tour to support his new album starting March 9. Check out the dates and song.

7. Inklings release second single, “Thanks for the Insight.”

Former FVK co-frontman Kier Kemp and partner Michael Lane released the next song from their new band, Inklings, titled “Thanks for the Insight.” About the song, Kemp says: “I’ve been exploring a theme with these songs I’m writing. Each one is about my relationship and experience with a different person in my life. This particular song is about my brother and what it was like to grow up together, it also riffs on the slightly darker sides of sibling rivalry. ”