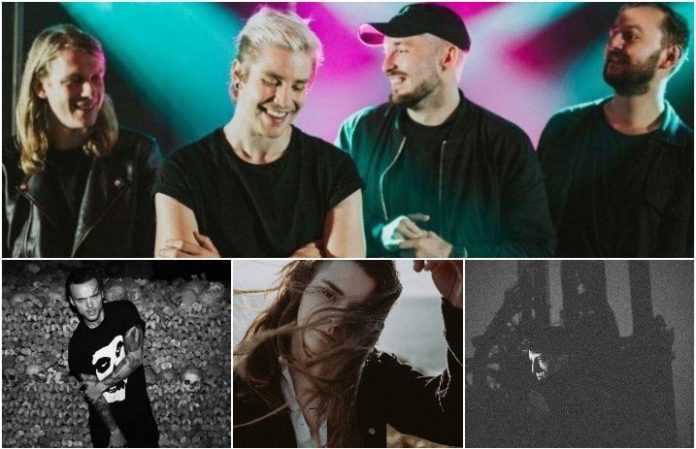 Watch new music videos from Lower Than Atlantis, Wicca Phase Springs Eternal, SOMME, Marigold, Story Untold and Sink The Ship—plus, see As It Is' rescheduled tour date. Check out the news you might have missed today below!

1. Lower Than Atlantis released a new music video for “I Would.”

The music video is taken from their 2017 album Safe In Sound.

Wicca Phase Springs Eternal—aka Adam McIlwee—released his new EP, Corinthiax, along with the endearingly surreal video for “In Providence.”

3. As It Is rescheduled their canceled show.

CARDIFF. We have rescheduled last night’s show for May 20th. All tickets & VIP for last night remain valid.

If you are unable to make the new date you can seek a refund from your point of purchase.

Refunded tickets will go back on sale at a later date.

After being forced to reschedule their Cardiff show, As It Is have announced the new date for the show: May 20.

The track also happens to be the album opener.

The track is taken from her self-titled debut EP, due out May 4.

6. Marigold announced a new album and released a new song.

Marigold is due out April 6.

7. Story Untold released a music video for their song “In Or Out.”

The track is the third single off their new album Waves.

The band are currently touring alongside We Came As Romans, the Plot In You, Oceans Ate Alaska and Currents.

9. Sink The Ship debuted a music video for “Second Chances.”

The track is taken from the band’s new album, Persevere.