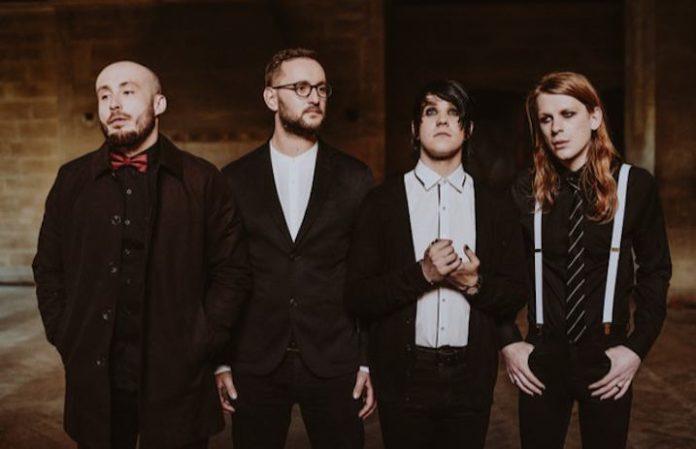 But it's not just nostalgic, throwback glory that As It Is are capturing on The Great Depression. As described by frontman Patty Walters, the band aim to shine a light on mental illness with “The Wounded World” and their new record.

“This record started … as an exploration of the question 'Do we as a society have a fetish for mental illness?” says Walters. “Do we romanticize or glorify a sickness? It was important for me to do some soul searching around that question. Are we part of a scene that actually does more damage than good in terms of the way we talk about these issues?”

As fans are undoubtedly aware, Walters recently dyed his hair black and has been sporting heavy eyeliner while the band were teasing the new album on social media, an indication of the emo-ness on the new album.

And one cataclysmic event helped shape the record in a melancholy way. As told by the group, the tragic and unexpected death of Linkin Park singer Chester Bennington gave some dire direction to The Great Depression's narrative.

“What happened with Chester really shaped the direction of the story,” offers guitarist and singer Benjamin Langford-Biss. Walters adds that the record “took a different turn when Chester Bennington took his own life,”

Watch more: What is emo?