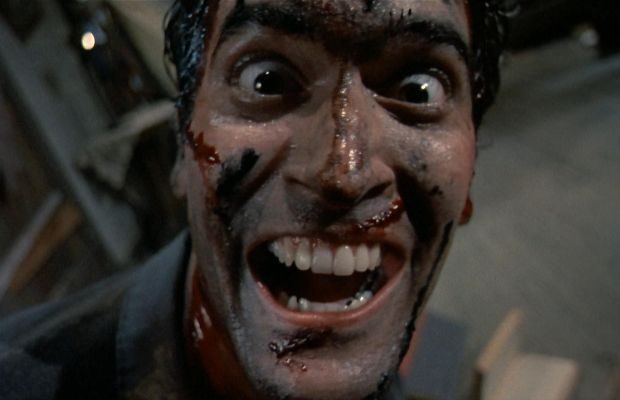 Comic-Con International attendees at Ballroom 6A tonight learned that the long-awaited, small screen sequel in the cult favorite Evil Dead franchise, entitled Ash Vs Evil Dead, will be premiering this Halloween, October 31, on Starz. Bruce Campbell will be reprising his iconic roll as Ash Williams, the chainsaw-armed hero from the original films—The Evil Dead, Evil Dead II and Army Of Darkness.

Not only was the premiere date revealed, but a brand new full-length trailer was as well, and it's everything fans have been longing for. The chainsaw, the evil antagonists, the campy comedy, buckets o' blood and the boomstick are back, baby. There are also plenty of playful, self-administered jabs at Campbell's age and out-of-shape physique. You can view the trailer below.

The new series will consist of 10 30-minute episodes executive produced by Sam Raimi, Rob Tapert and Bruce Campbell, with Craig DiGregorio on as executive producer and showrunner. The show's synopsis reads: “Ash has spent the last 30 years avoiding responsibility, maturity and the terrors of the Evil Dead until a Deadite plague threatens to destroy all of mankind and Ash becomes mankind's only hope.”