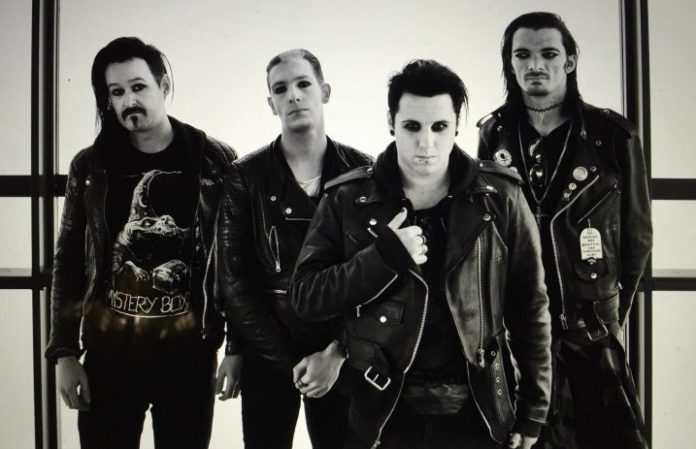 Ashestoangels have released a music video for “Not In My Name,” the second single to be released from their impedending album How To Bleed (available to pre-order on web store and iTunes.)

“Not In My Name” is something of a war cry, as explained by vocalist Crilly Ashes, who explains it both in a political and individual sense:

“”Not in my name. It's a powerful statement. I think it's important to say this is not an omission of guilt. It is a rejection of all the horrible things that are done by those we trusted to protect us, on a global scale, a national scale and in our day-to-day life.

“It may just be a punk-rock song, but words have power, and if I can use that to make even the smallest difference, then I have to. I won't be complicit through inaction.

Things may carry on regardless, but not in my name.”

How To Bleed, which was produced by William Control at his Seattle studio, is set for release April 15. It will mark the fourth full-length release from the self-labeled new grave band.