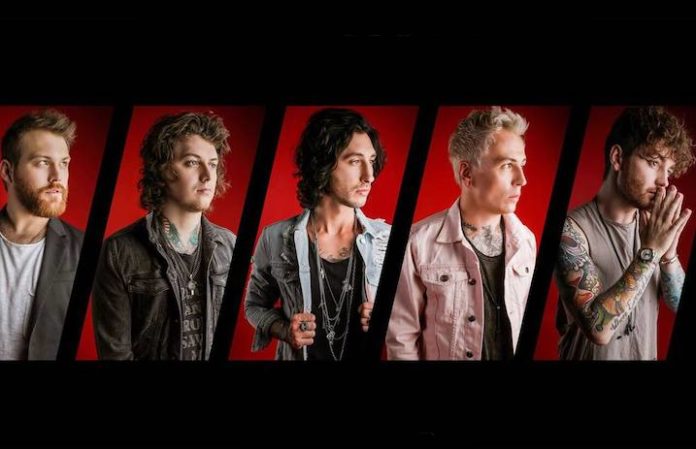 As we await Asking Alexandria's new album, they have given us a new song to build even more excitement: “Alone In A Room.” Give it a listen below!

The band’s self-titled record is due out this Friday, Dec. 15 via Sumerian Records.

Listen to “Alone In A Room” below:

The band announced the release date for their new record last month, along with the release of the record’s debut single “Into The Fire.” Not to mention, the band released a second single “Where Did It Go?” back in October, building up the excitement even more.

Watch a teaser trailer for their new record below:

Of course, the band themselves are stoked for the record, with Worsnop taking to Twitter saying: “Just listened over the new Asking Alexandria album and legitimately wept over how good it is.”

On June 5, Worsnop offered a tentative release time frame on his Twitter when a fan asked about his favorite Asking Alexandria record, saying that the new record would be out in 2018, but we’re happy to be hearing the record a little earlier than originally expected.

Plus, the band will be headed out on a massive coheadlining tour with Black Veil Brides to kick 2018 off right. Check out the full list of cities and dates below!

Are you excited for Asking Alexandria's new record? And what are your thoughts on “Alone In A Room”? Let us know in the comments!