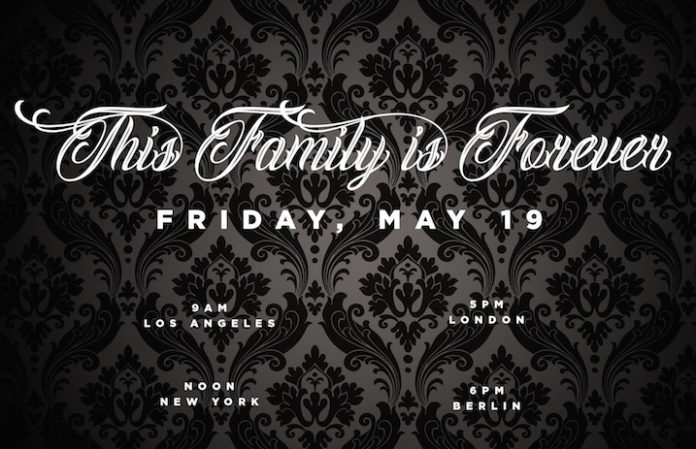 Asking Alexandria are teasing something for this Friday, May 19!

Read More: It looks like Asking Alexandria have started to record their new album

As previously reported by AP, Asking Alexandria reunited with original vocalist Danny Worsnop back in October, following one album with interim vocalist Denis Stoff. The reconciled band have seemingly been in the studio as of late.

What could AA be about to reveal? Our money is definitely on a new song announcement and/or album release news. Here's what some Twitter users are guessing about Asking Alexandria's cryptic social media post:

Will it indeed be a new song? Maybe some news of upcoming tour dates?

@AAofficial Guessing a release of some sort ?

Will they be, um, breaking up?

@tinalou5252 @AAofficial 1 they're either breaking up
2 new single / tour announcement.

Are you making a “dying whale noise” in anticipation?!

@AAofficial I MADE A DYING WHALE NOISE WTF GUYS

What big news do you think is coming from Asking Alexandria on Friday?