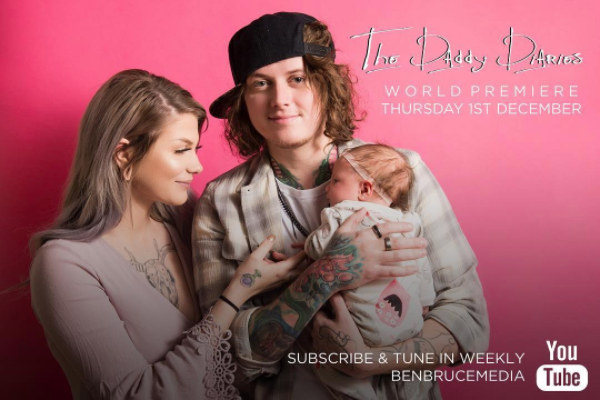 What’s better than finding out your favorite band members are expecting a child? Well, watching them raise the child of course! And Asking Alexandria’s Ben Bruce is giving you a little introspective on what it’s like to be a new dad in his web series, “The Daddy Diaries.”

The series will premier tomorrow, December 1, on Bruce’s YouTube channel. Of course it will feature his girlfriend Ciara, and their charming daughter, Fae Holley Bruce, who was born on September 10. They will also make the first five episodes available right off the bat, so you’ll be able to soak up a good portion of the baby’s first months.

In a tweet by Ciara, she claims that she’s “basically a Kardashian now.” How excited are you to see the couple raise their first-born? Let us know in the comments, and be sure to tune in to the series via BenBruceMedia.