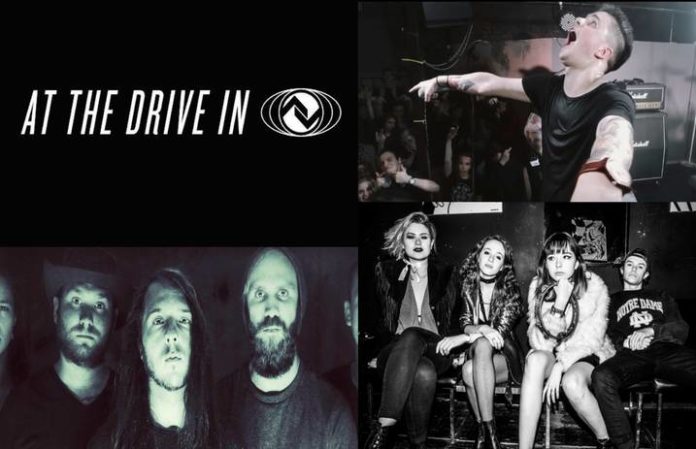 Read more: The Early November announce career-spanning album and other news you might have missed yesterday

The AP reported that legislation was passed by voice vote in the House on Wednesday, which will crack down on computer software used by some ticket brokers to snap up tickets. The “bots” are able to obtain thousands of tickets in mere seconds, and those tickets are then sold for an massive markup on third-party sites.

The bill would make using the software an “unfair and deceptive practice” under the Federal Trade Commission Act, which would allow the FTC to pursue those cases in court.

2. At The Drive-In announced a new tour for March of next year.

Yesterday, the band ended their nearly two-decade drought of new music by releasing “Governed By Contagions.” Listen to the track here, and check out their full list of tour dates below!

3. LA four-piece The Regrettes announced their debut album, Feel Your Feelings Fool!, set to release on Jan. 13 via Warner Bros. Records. Get a taste of the band with their cover of “Marshmallow World” below!

The band are also gearing up for a tour with Cherry Glazerr. That cover will be available on 7 in. vinyl for Record Store Day. Led by outspoken frontwoman, Lydia Night, the Regrettes are Genessa Gariano on guitar, Sage Chavis on bass and drummer Maxx Morando

4. Versus have signed to Revival Recordings in partnership with Outerloop Group. To celebrate, check out the band’s music video for “No Safety”:

“Revival Recordings is proud to announce the signing of Versus. The band embodies everything that we love; passionate songs, energetic live show, and lyrics with a purpose, with a message. It is time to join the movement,” Shawn Milke of Revival says.

Set to start in January, the new podcast will be a heavily opinionated, weekly show discussing and analyzing all the news in the music scene, covering everything from pop-punk to metalcore. Check it out on Soundcloud here.