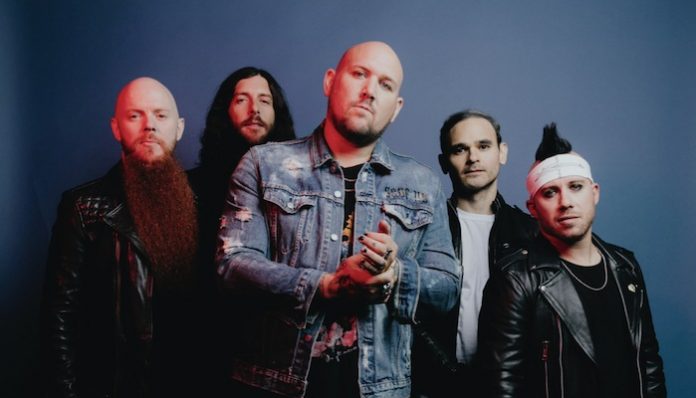 It’s been a busy few months for Atreyu. Following the departure of former vocalist Alex Varkatzas, the band introduced their new lineup and released their latest single “Save Us.”

Now, it looks like Atreyu have even more in store for their fans this winter. The band have announced a special two-part virtual event where they will be performing their greatest hits and Lead Sails Paper Anchor in its entirety.

Last week, Atreyu unveiled their new single “Save Us.” The hard-hitting track marks the first release from Atreyu with their new lineup following Varkatzas’ departure in September.

Drummer Brandon Saller is stepping in on lead vocals while bassist Porter McKnight is handling harsh vocals. Kyle Rosa is taking over on drums, and Dan Jacobs and Travis Miguel will both remain on guitar.

Now, Atreyu are further celebrating this new era with a special two-part livestream event. The Carry The Fire livestreams are taking place on Friday, Nov. 20 and Friday, Dec. 4.

For the first virtual event, Atreyu are going to be performing some hits from throughout the band’s career. Although the setlist is still unknown, Atreyu may include fan-favorite songs such as “The Time Is Now,” “Becoming The Bull” and “Right Side Of The Bed.”

Atreyu’s virtual event on Dec. 4 is particularly exciting for fans that have followed the band for well over a decade. For the livestream, Atreyu are throwing it back to 2007 and performing Lead Sails Paper Anchor in full.

Despite the change in Atreyu’s lineup, their upcoming Carry The Fire livestreams won’t be the first time they’ve performed live together. Back in 2019, the current lineup first performed together after Rosa filled in on drums when Varkatzas left Atreyu’s European tour due to health issues.

More information on Atreyu’s upcoming livestream events including tickets, merch bundles and access to an exclusive Q&A is available here.

Their new single “Save Us” is available to stream below. The John Feldmann-produced track is off of the band’s forthcoming album which they are currently in the studio working on.

Which livestream event are you most looking forward to watching? Let us know in the comments below.