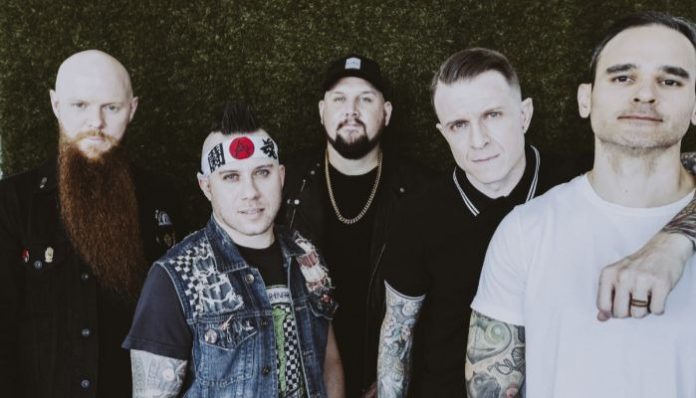 Atreyu are back in the studio and it looks like blink-182‘s Mark Hoppus is giving them a helping hand in production.

The band’s last album was released in 2018 and titled In Our Wake.

Read more: ‘Birds Of Prey’ has a subtle nod to another ‘Suicide Squad’ member

Last year, the band dropped a deluxe version of the album which included seven new tracks.

In celebration of their 20th anniversary, Atreyu went on tour support from Whitechapel, He Is Legend, Tempting Fate and Santa Cruz.

The band’s last music video was in August with “Generation,” which featured a few recognizable faces.

The band shared the video on social media with a short clip.

We made a video for “Generation” featuring a bunch of friends that you may recognize. Check out the full video here: https://t.co/1IinP37RJo

In Our Wake (Deluxe Edition) is OUT NOW. Buy/stream/download it here: https://t.co/gOeHdxbUwQ pic.twitter.com/S7HdtIBjbv

Just from the preview, we spotted quite a few faces we recognize in there including Kellin Quinn and Jack Fowler of Sleeping With Sirens. But we know members of Circa Survive, Memphis May Fire, Thrice and The Used are in there too.

Watch the full video for “Generation” below.

On Jan 15, the group dropped a collaboration with Kayzo: “Battle Drums.”

“I’ve gone into the studio with band members before, but this was the first time I’ve had the entire band there,” Kayzo says about the collab. “I had a very simple idea that I brought to the table, and I remember Travis [Miguel] and I were sitting there for a while messing with the amp trying to come up with different riffs and such.”

Check out the track via Welcome Records here.

Now, the band recently uploaded a video of themselves as well as Mark Hoppus in the studio.

Whether this means a possible blink-182 collab or a new album is uncertain, but they do seem glad to be back in the studio.

What do you think Atreyu being in the studio with Mark Hoppus means? Let us know in the comments below!