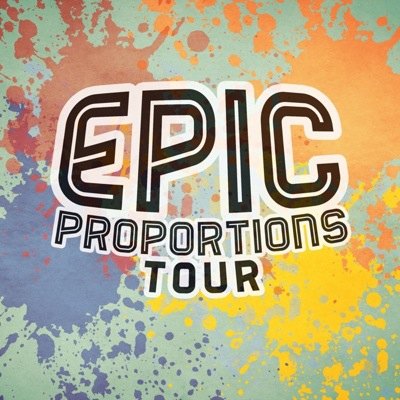 Amazingly, there is a company called the Epic Proportions Tour, which takes unsigned bands on tours, pays for the gas, the hotel rooms, doesn’t take any of the bands merch sales, and also pays them to tour!

It all started in 2011 at an indie record label party at the Palms Casino in Las Vegas.  Artist manager Peter Sotos had been hired to take several of the label’s bands in his converted Bluebird school bus to the South By Southwest Festival.  Los Angeles solo artist Gabe Kubanda was invited to this after-party event as well,  it was his birthday, March 11th.  Peter and Gabe first met at this party.  They discussed the difficulties facing any artist who wanted to tour, given the current economy and the constantly shifting state of the music industry.

Gabe was very business-minded with a few touring tricks up his sleeve, and Peter was focused on getting his bands on the road, and had some unconventional ideas on how to make touring profitable.

Later that year, after taping season 2 of VH1 Classic’s “Rock And Roll Fantasy Camp” reality show, Gabe called Peter and told him that he wanted to go on one of his tours.   Peter agreed and they start to really gel, booking and planning the tour.   This is where they came up with the idea to permanently brand it, and the Epic Proportions Tour was born.  You can visit the company website here.

From the very beginning, Peter and Gabe were committed to having EPT be a major stepping-stone for unsigned artists, by exposing them to a brand new solid fan base all over the country.

Every EPT tour takes two unsigned bands along with Gabe Kubanda, putting on an exciting “package-style” concert series, where EPT provides the sound system, backline, and artists to niche venues, which rely on outside entertainment.  EPT regularly gives discounts to military bases and colleges, and specializes in putting on free concerts to help out the high schools struggling with arts/entertainment budgets.

Within two years time, this tour has been wildly successful and they now play in front of 150,000 fans each tour, with approx. two-3 tours per year.  Graduating from the old school bus to a 40’ long motor coach, and helping launch the careers of several amazing bands like Lost In Atlantis, Halocene, and Canadian artists Take Me To The Pilot.

All of the major music conferences are lining up to have Peter and Gabe speak about touring.   Their Independent Touring panel at CMJ in October of last year was packed to capacity, and needing a bigger room.  And if you are attending SXSW, you can visit their Smart Touring panel at SXSW by RSVP’ing for it here.

If you in college, and you want to have the Epic Proportions Tour play at your school, you can email them here. Colleges have been raving about their show! EPT shows are known for being interactive, and very energetic.

Several bands that we have taken on tour are now starting to blow up.  These bands have had YouTube film their music videos for them at the YouTube headquarters, the bands have been on VH1, NBC, and MTV, played with huge bands like Blink 182, Fall Out Boy, Flogging Molly, and Jimmy Eat World.

Due to Peter and Gabe’s connections with Kevin Lyman, they got some of their bands multiple dates on the Warped Tour as well.

If you know of a local band that you think deserves a chance, let them know about this company. Bands are invited to submit for the tour: send an email to [email protected] with the following information:

1) A one or two paragraph biography which includes a description of the band’s sound
2) Links to the band’s website, Facebook, Twitter, ETC.
3) One or two Links of music videos and live performances
4) Contact information which includes email, phone number, and the name of the band manager (or lead band member if self-managed)
5) City, state (or province if a foreign band) that the band is located in
6) Estimate of how many shows the band has played this year
7) Links to any press the band has received
8) Links to any endorsements that the band has.