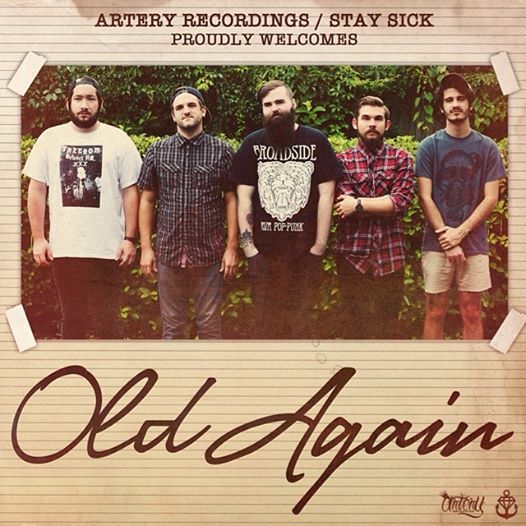 Attila frontman Chris Fronzak has launched his very own imprint label in conjunction with Artery Recordings, titled Stay Sick. The vocalist has also signed his first band, Central Florida pop-punk outfit Old Again, who will release their debut studio album through the label later this year. Read what Fronzak had to say out the group below.

“Old Again are here to take over the pop-punk scene. I've been friends with the guys for a little while now, and what drew me in to them was their passion and dedication. EVERY person at an Old Again show is there to crowd surf and sing their hearts out. Their willingness to travel across the entire country doing DIY tours reminded me of my early days in Attila when we would do the same exact thing. I had flashbacks and that's when it hit me – Old Again are here to stay. They are here to take over. If you don't know about them already, you will soon.”

In light of the signing, the band have released a brand new single titled “Never Been Better,” along with an accompanying lyric video. You can check it out now below.